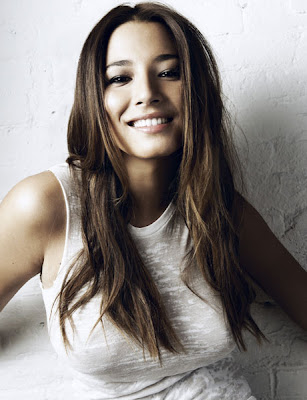 I would stab my grandmother in the chest with a railroad spike just to go on a date with you!

This post has nothing to do with art or getting fired from shitty jobs, but rarely am I just stopped dead in my tracks by a woman's looks. It was via email, so it's not like I saw her in person, but still I had to pause, and of course blog about it because my hormones are a raging! Yeah there are lots of beauties out there, more so here in the Golden State, but lets keep it real; they don't live in my neighborhood.* Granted we have some good looking women who reside here in Sacramento, but not like her.

Or maybe we do and I just don't know where they hangout. If you know, please tell me! This lovely creatures name is Jessica Gomes. This is from the profile section on her Website:

"Jessica Gomes is one of Australia’s most successful models. Jessica was born in Australia, her father is Portuguese and her mother is Chinese. As a young girl Jessica was more interested in culture, creative arts and sport – then at thirteen she was cast on a popular television show called “Bush Patrol." At seventeen she entered a local modelling contest and began to model professionally. Although rarely in Australia now, Jessica’s credits here include Harpers Bazaar, Vogue, Follow, Yen and SummerWinter. She featured as one of 10 Australian supermodels on the cover of Madison and has done campaigns for Bonds, Westfields and Popstar. Jessica has walked at Australian Fashion Week for Zimmerman, Jayson Brunsdon, Wayne Cooper, Josh Goot, Alice McCall, Trelise Cooper among others, and has been a youth ambassador on the catwalk for David Jones Australia. Jessica is now living in New York and is truly an international girl. Her career in NY kick-started when she was chosen for the Victoria’s Secret campaign."

You get the picture.
Three Things:
1. There are many upsides of globalization!
Case in point, HER! 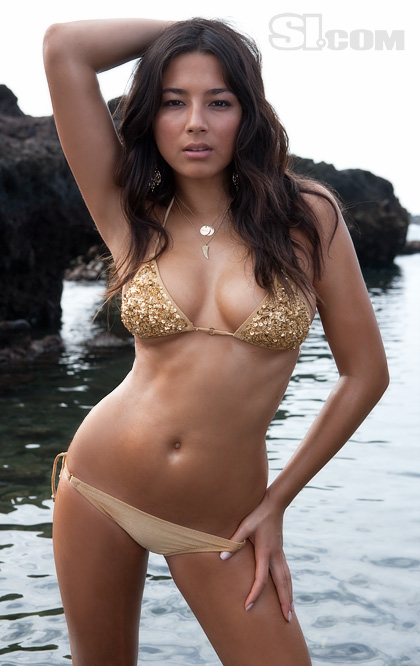 Chinese+Potugese+Raised Australia= Yum-tastic!
Plus according to her bio, she was " interested in culture, creative arts and sport, as a child" which hopefully means she's cool and digs art & such as an adult. In which case, extra bonus points must be given. Obviously I don't know her, so her idea of "culture" & arts" could be vastly different from mine, but I'll give her the benefit of the doubt.


2. This stem cell cloning business needs to speed up, I want my Gomes Clone! I know it's not the real, genuine Jessica Gomes, but I don't give a fuck! She would be mine and would dig art and produce amazingly clever, intelligent, funny, artistic, ridiculously good looking offspring! But I thought you didn't want kids Musser?

You're right I don't. But look at her! 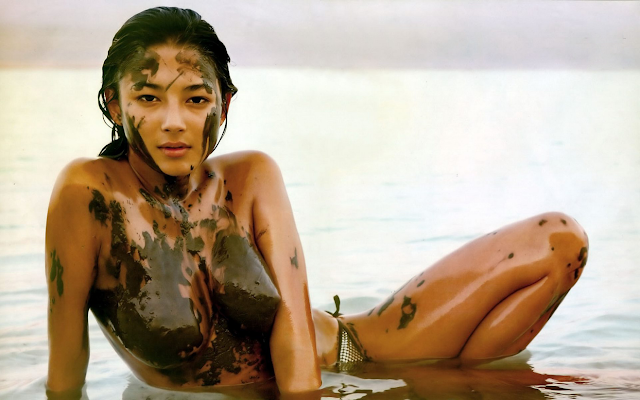 I don't think I've ever been jealous of mud before. This whole being a father thing just might be worth it.
Here is another one: 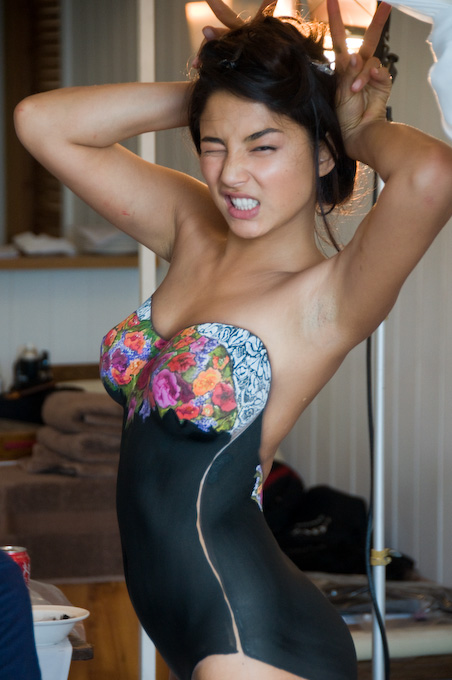 Fuck!!! I know.
Look at her all cutsey and making a face. Perhaps I should look into body painting as a side gig.

And lastly 3. Yet another reason to get my ass to New York!
Some say Los Angeles is slowly eclipsing New York as the American Art Capitol, but in my opinion, NYC is where all the really cool, international art stuff happens. Plus she lives there! 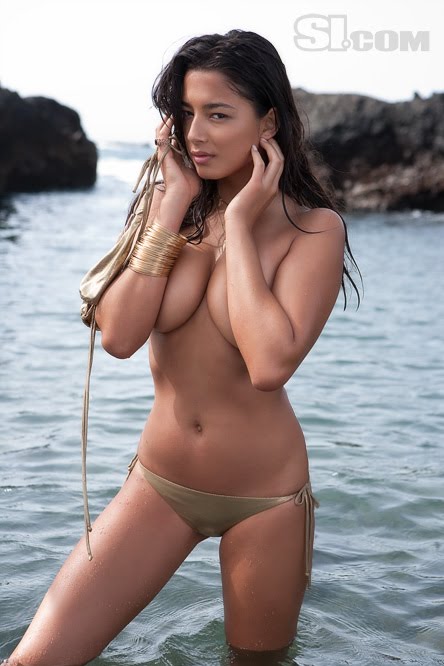 I should stop before I pass out. Hope you enjoyed. If you haven't done so, write to your congressman and tell them to fund stem cell research. Forget curing Alzheimer's, do it for me and the future Mrs. Gomes-Musser Clone! 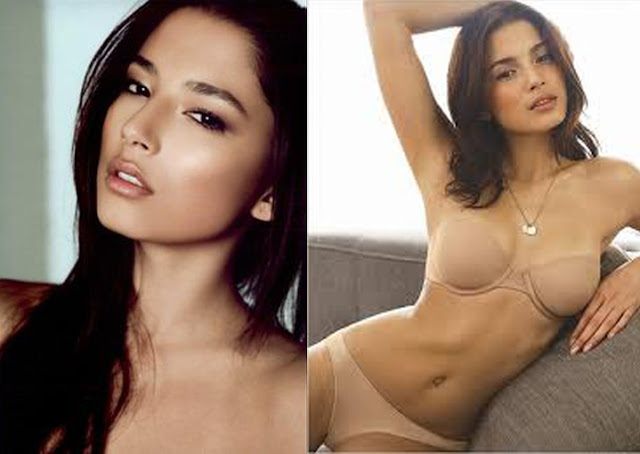 Jeff Musser said…
cock brain is my middle name! but i shall be cautious none the less. thanks for thinking of me.
2:05 PM

Jeff Musser said…
*I know some of you female readers who reside in Sacramento may be upset with the above statement but it's just my opinion. People that are that good looking, get the fuck out of sacramento asap and move to LA NYC or Abroad.

On the flip side of that, when was the last time you saw a man in Sacramento who was say, Jude Law good looking? Exactly-Never!
2:28 PM

JEN ZONE said…
Jeff! Please wake up!!! It's NOT about "female readers" Do not blame. Perhaps you might not want to volunteer such personal (superficial and subjective info) in the future upon your blog's forum?
1:15 AM

Jeff Musser said…
I've put pen to the paper (virtually anyway) on this blog aboutmy depression, my tremendous self doubt as an artist, and suicidal thoughts...and yet this post warrants:

"Perhaps you might not want to volunteer such personal (superficial and subjective info) in the future upon your blog's forum?"

JEN ZONE said…
Yep, Jeff, because I DO seem to care and say: "Perhaps you might not want to volunteer such personal (superficial and subjective info) in the future upon your blog's forum?"

As I feel you might want to consider creating a couple of blogs or websites that might address a certain clientele. Ok? Hint hint wink wink say no more...

....If you really want me to be honest and answer your question regarding; "On the flip side of that, when was the last time you saw a man in Sacramento who was say, Jude Law good looking? Exactly-Never!"

Hmmmph! I HAVE seen and dated somebody that I feel was much MORE than your "jude-law" standards. I was fortunate to come across a certain individual whom I was fortunate to have spent ten years of my life loving. I've got many a photograph to prove it! Though my fabulously great looking man was much more than easy-on-the-eye. He was, and still is one of the best and most sexiest and unrecognized artists of the century.

Hey, but isn't it all about peace and getting rid of the term what is considered "Ugly" a rest?

JEN ZONE said…
And....to be completely honest your last post regarding Jessica Gomez seems stocker-ish. That's all. Believe it or not I was NOT the person to mention your latest blog splurrrr. Um...think! I warrent you may lose a lot of loyal "fans" and buyers because of your last confessional. Why do I care? Good question. Answer: I like you. I would like to see you do wildly well.

JEN ZONE said…
And....to be completely honest your last post regarding Jessica Gomez seems stalker-ish. That's all. Believe it or not I was NOT the person to mention your latest blog splurrrr. Um...think! I warrent you may lose a lot of loyal "fans" and buyers because of your last confessional. Why do I care? Good question. Answer: I like you. I would like to see you do wildly well.

Jeff Musser said…
i sense i have struck a nerve. look for more posts like this one!
12:57 PM 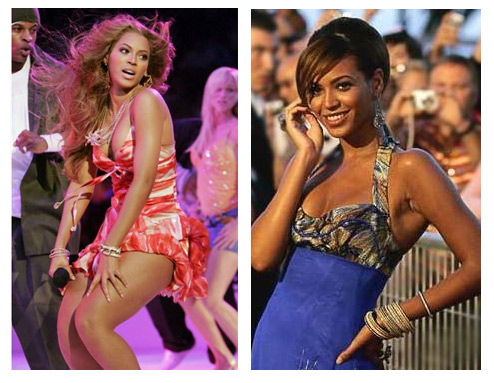 I’m Cantankerous, My Body Odor Smells Like Lemons, And I’m Tired Of Sam Jackson Yelling At Me!