Words Of Wisdom From An Alcoholic Womanizer 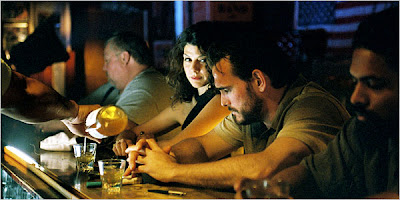 I would like to thank Josh Fernandez for sharing Charles Bukowski with me. His writing is humours and gritty and sad and yet very uplifting. Without realizing it, I rented Factotum at the same time Josh leant me the Bukowski books. It stars Matt Dillon who plays Hank Chinaski, who is sort of a “not so alter ego of “ Charles Bukowski who is basically an uncompromising, self-destructive, lazy, alcoholic, womanizing mother fucker who turned out to be one of the greatest American poets of the last 50 years. The movie is hilarious (i.e. one scene in which he has let the anti crab shampoo dry too long on his genitals, which causes him great pain) and yet heartbreaking to the point I was yelling at the TV!


“Stop being such an asshole, put the bottle down for a bit, and write you dumb fucking Pollack!"


That last sentence makes him sound a bit racist. And dumb considering Bukowski was born in Germany, and I guess is half German and Polish, ( he was born pre WWII sort its less weird than you think) but no matter. In the movie he (Matt Dillon as Hank Chinaski) is one of those characters that you root for, even though you know you shouldn’t be rooting for, sort of like the guy DeNiro played in Heat. You want him to get away at the end instead of settling the last score. You want him to ride off into the sunset, leave his life of crime, and start fresh and go legit. But he’s flawed like all of us and prideful and stupid.

So toward the end of Factotum, it seemed Chinaski was headed for the same fate as DeNiro, dead and alone. But Al Pacino doesn’t cap Chinaski, nor does he slip into an alcoholic coma and die. The movie ends on a strange up note, with Chinaski smoking and drinking inside of a strip bar while the voice over reads something that I just had to rewrite here. It is one of the truest statements about an artist in this country that I have ever heard and makes me wish I wrote it. 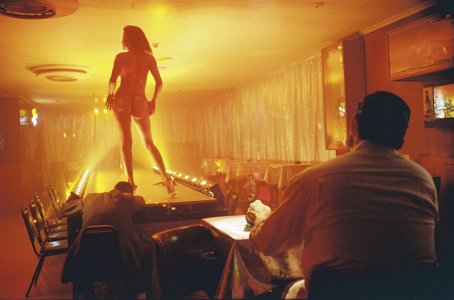 If I ever give a lecture or some sort of talk to students, I will read this to them:

If you’re going to try, go all the way.
Otherwise don’t even start.
This could mean losing girlfriends, wives, relatives, jobs, and maybe your mind.
It could mean freezing on a park bench.
It could mean jail.
It could mean derision.
It could mean mockery.
Isolation.
Isolation is a gift.
All the others are a test of your endurance, of how much you really want to do it.
And you’ll do it.
Despite rejection and the worst odds.
And it will be better than anything else you can imagine.
There is no other feeling like that.
You will be alone with the gods and the nights will flame with fire.
It’s the only good fight there is.
Posted by Jeff Musser at 1:27 AM 2 comments: