December
It was a bit more interesting this month, as I moved into a bigger, better studio and started to really get into my art making rhythm. 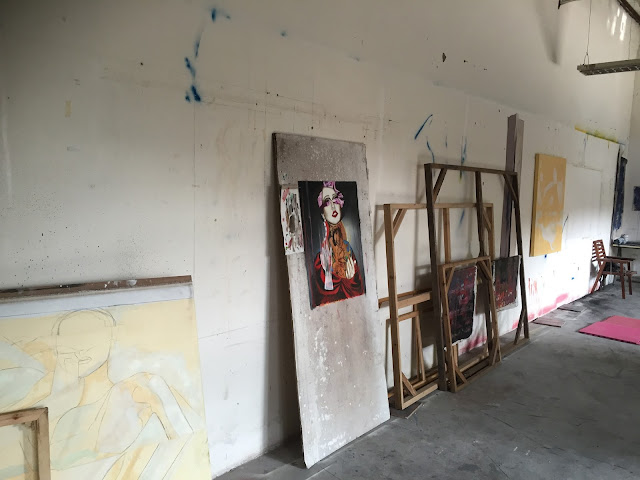 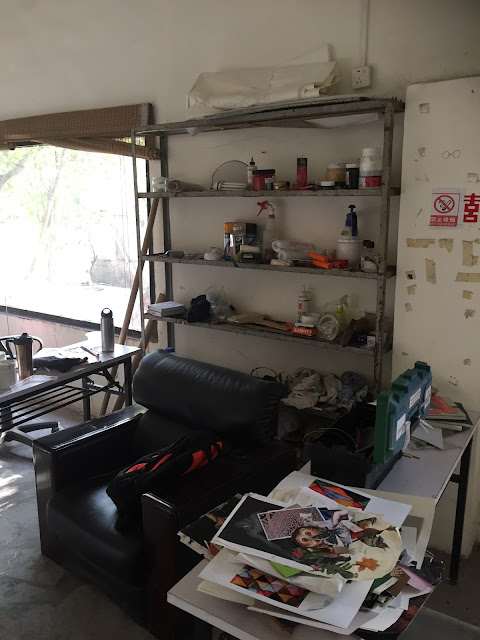 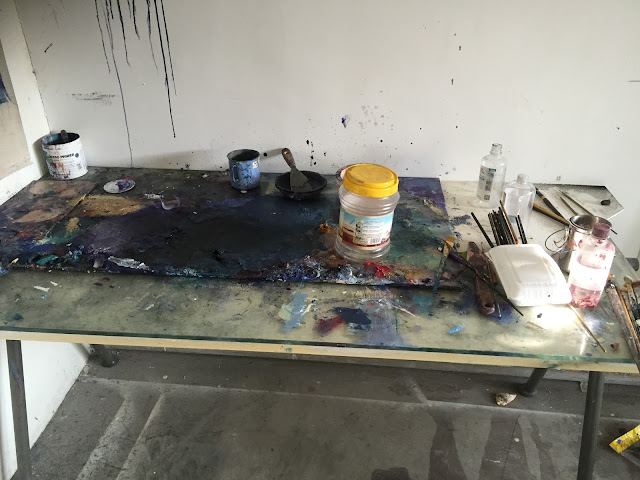 Before I arrived here in Shenzhen, I gathered a few pictures from my time in Foshan and Shanghai to be used as reference materials for new paintings. The plan was to continue making collages as a form of sketching, then transfer those collage ideas to the canvas, then subtract or add whatever I felt was right. As many of you have read before from previous posts, it’s a process that is still somewhat new to me, and the newness of it and the results are a bit scary. But scary can be good.


My old tattoo Carvaggioesque work had no spontaneity and no improvisation. Visually it looked great, and it certainly set me apart from other artists, but there was a part of me that knew it had an expiration date. And another part of my mind knew it wasn't authentically me.


This collage/mosaic type work is next stage and at this moment in my life, feels like the right direction to go. Perhaps in the future I will find a way to combine the two forms. 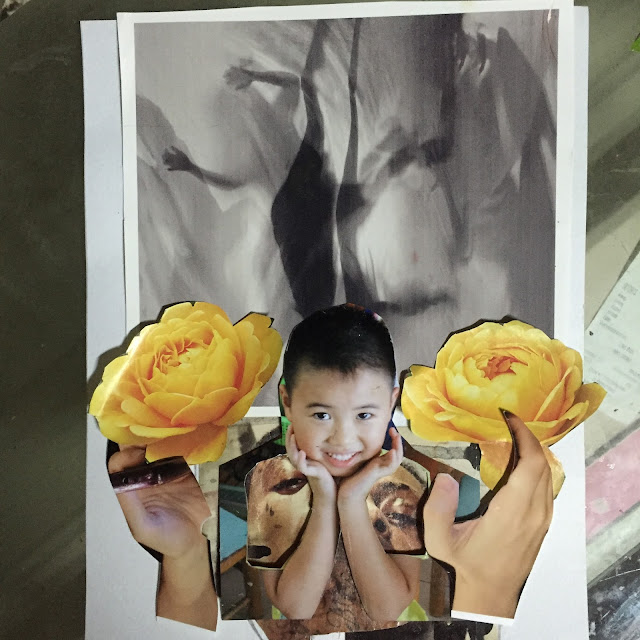 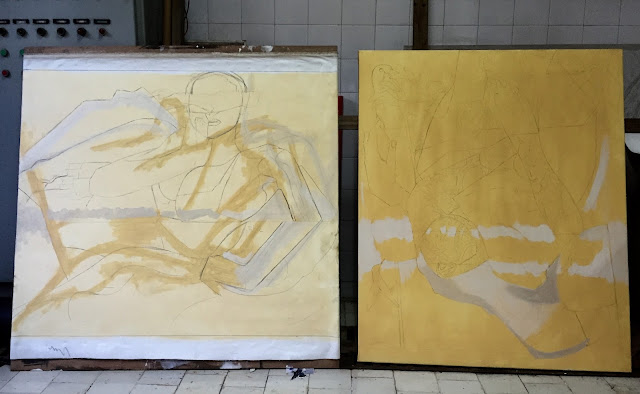 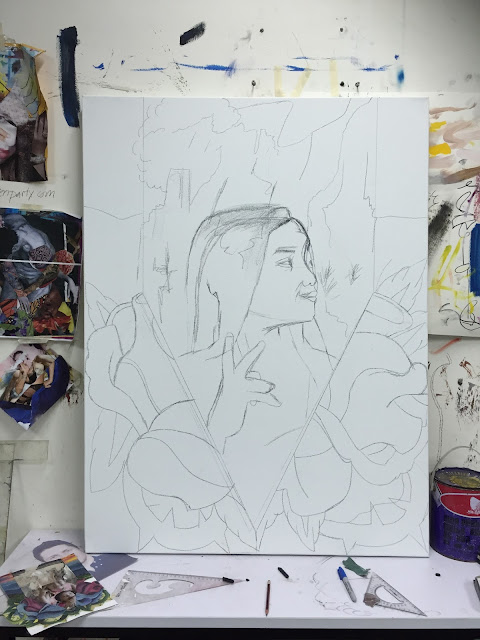 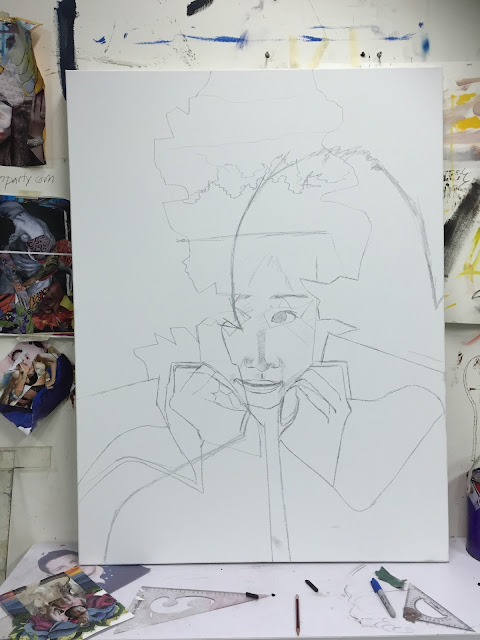 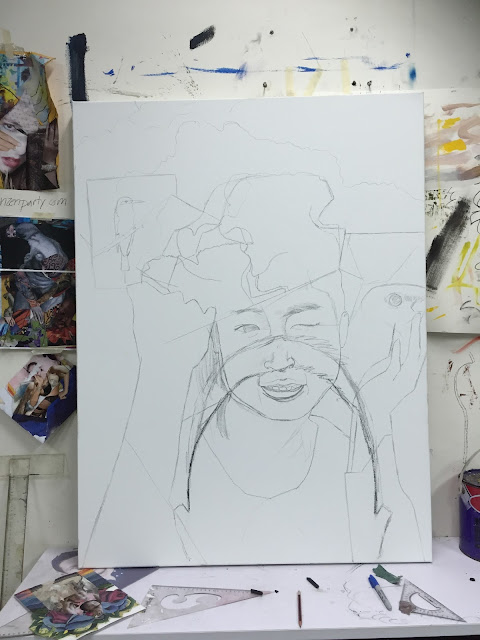 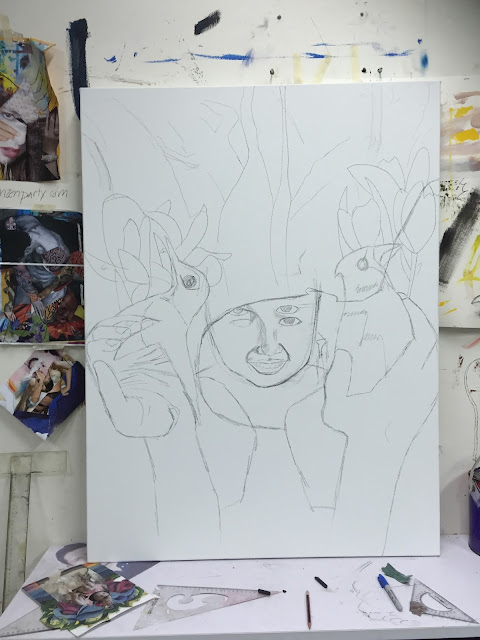 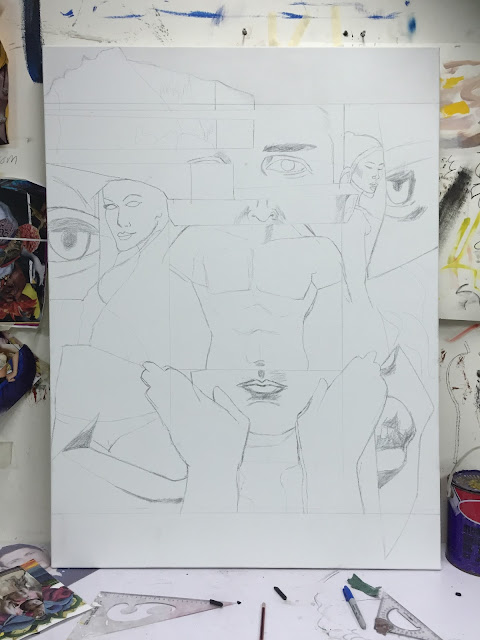 I forgot to mention in the last post that I had the pleasure to attend a panel discussion in Hong Kong sponsored by Christies in HK and Artshare. If Alex and the people from Artshare are reading this, thank you once again for the invite! Right before Thanksgiving, Christies had a preview of their upcoming 20th Century and Contemporary Asian Art Auction. 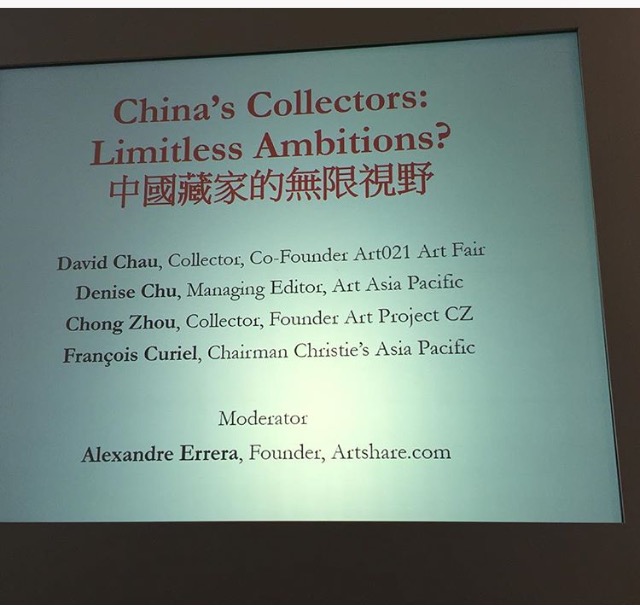 The statistics cited by the members of the panel and their overall enthusiasm for collecting art made me feel confident that my move to China was a smart one. After the discussion, it was champagne, Hors d'oeuvres, and art preview time!

Funny side note, Microsoft word had no idea what I wanted to type when I first attempted to spell Hors d'oeuvres.

At first it said “No spelling suggestions.”

I think it’s quite an accomplishment when you can stump Microsoft Word, considering it has ALL THE WORDS! Then it suggested “hot rendezvous” instead of Hors d'oeuvres, which is even funnier.

Finally I went to Google and half expected Google to say, “Dudeeee? Didn’t you like graduate from college? I know it was Art School and all, but bro! Just use the word Canapé bro, it’s easier to spell.”

I my mind, Google sounds like a really stoned surfer from San Diego who somehow has a vast knowledge about proper dining terms. Back to the HK. The art on preview was AMAZING! Some of the artists I knew of course because they are huge stars, but I discovered a lot of new artists that I did not know. 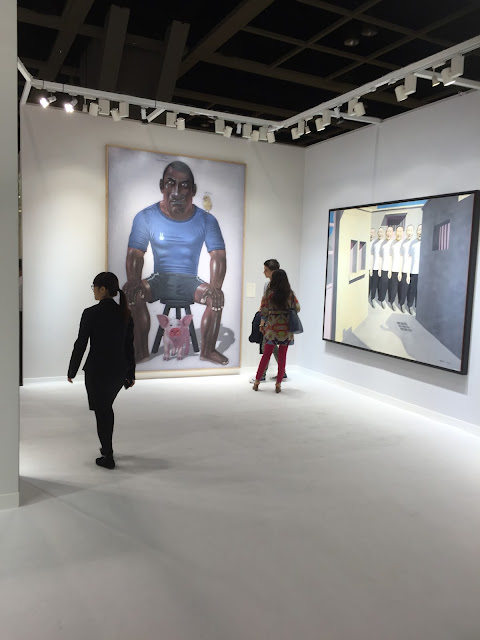 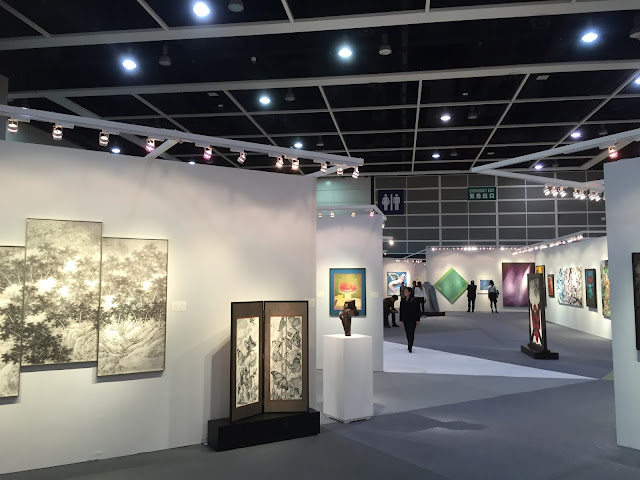 It was a whirl wind of a night and I must say I had a blast. But something happened when I arrived home. Old patterns of self-doubt crept in. I thought about my age and my perceived lack of accomplishment compared to some of the artists in the auction preview. Many of them were 5-7 years my junior. Some were even born in the early 1990’s. I often compare myself to my contemporaries who I view as having a more impressive resume than me, and when this happens, a heavy cloud of depression overwhelms all my logic and all my reason; everything I have accomplished in my own career vanishes in an instant. This feeling stayed with me for days.

It took a long, honest Skype conversation with my parents before I was able to get my head above water. In the West, particularly America there is the belief that by a certain age, we should have certain things figured out. Whether it’s a degree, a career, marriage, or the person you want to be. We have an awful habit of convincing ourselves that up to a certain age you can be anything, and after that age you can’t be anything. This pernicious belief is very pronounced in the world of contemporary art. There are endless articles and blog posts about “30 artists Under 30 You Should Watch” or  “Top Emerging Artists of 2015 under 40.”
But what happens after 40? Or after 50? Is the art you make no longer relevant if you haven’t been “discovered?”

These thoughts made me think of short routine by comedian Louis CK.


I also thought about ridiculous it is to compare myself to someone I believe is more successful than me. I have been very successful thus far, and it has been largely on my own terms.

In my new studio here in Shenzhen, there is an old dusty copy of Art Forum from 1996. It’s an interesting time capsule and the timing of me discovering it seemed fitting. There are small columns about new emerging artists like John Currin, Jeff Koons, Lisa Yuskavage, and Zeng Fenzhi. What I found most interesting, were the ads from galleries that have since disappeared. It was page after page after page of LA and NYC galleries that have gone under. These same ghost galleries were promoting artists I’ve never heard of. A lot of ink was devoted to “hot, bankable” painters and sculptures from the Lower East Side of New York. I Googled some of them, and guess what, the last time they did anything of note was 1999. For some, the high water mark was the Whitney Biennial. After that, they all but vanished.

I was reminded of the fact that, just like Pop Music, the art world has fads and one hit wonders. Hot trends can fall out of fashion very quickly, with the majority of artists having only a few good years. For most artists, sales, shows, awards, press, grants, and kudos are often gone in 10 years. Very few people have a career past a decade. The ones that do, they almost always had a slow and steady rise. This is what I’m experiencing now, a slow and steady rise.

This is what I will commit myself to in 2016 as I forge new territory with my work.
Posted by Jeff Musser at 11:39 PM No comments: