This month started off normal, and then took a turn for the weird. NYE here in Foshan was rather low key. With the exception this chocolate and rice Krispy treat cake shaped like a velociraptor, my evening wasn’t special. It would have been great to party in a bigger city like Shanghai, but there is the people factor, which makes outdoor celebrations problematic. And this year the crowds were so intense in Shanghai that a few people died. There was some sort of stampede along the bund and dozens of people were crushed to death!

I’m On A Boat...But No One Can Understand Me


Part of being a kindergarten teacher is being in touch with that silly part of you, the part that will do anything to get a reaction from another person. I have never purposefully pursued this part of myself, but in the course of this job I have found myself doing things that would have seemed impossible two years ago. One of them being performing this this song and dance alongside my students in front of their parents.

I remember back in March of last year, the first time I sang and acted out “Wheels On The Bus” in front of the students, I was petrified. I was covered in sweat and my heart was beating so fast I thought I was going to pass out. But then the moment passed. The children laughed and took part. After that it was easy the channel the ridiculous part of my brain. It’s like I’m a comedian that does anything for a laugh.

Prior to this job, one of my greatest fears was public speaking. I can say with confidence that once my contract is done, that fear will be a thing of the past.

The school I work for has another location in the suburbs of Foshan, a community called Sanshui. As part of the parent appreciation day at the new school, the entire student body put on a performance. Some students put on plays. Some danced. Some played instruments. Some sang songs. The foreign teachers were asked to perform as well. To which we answered of course, but we’re not going to just perform, we’re going to rap! The organizer looked baffled but, said sure. Over Christmas Dinner we watched silly videos on youtube, on of them being “I’m On A Boat” by the comedy group Lonely Island. If you’re never seen it, take a look here, it’s hilarious and ridiculous. BTW, lots of profanity:

So when it came to choose our song, as a joke, I proposed the above. To my surprise, they others said YES! With child like enthusiasm, Kristen found a censored version of the song, Rachael downloaded the lyrics, Aylin and Jacob agreed to be back up dancers, and verses were assigned!

No way out now Musser!
Fuck!

Despite my reservations about performing, everything went well. In our version we replaced "fuck/motherfucker" with "mom & dad" and "shit" with "tricks". I did slip once toward the end and let a "motherfucker" out. Actually I didn't slip, but I covered the mic to muffle the sound. Out of 300+ people, maybe 10, including us, spoke english, so I think my slip would have been fine. I glanced out at the audience and it was a sea of people who looked like this:


It also looked a lot like this, except of course, everyone was Chinese: 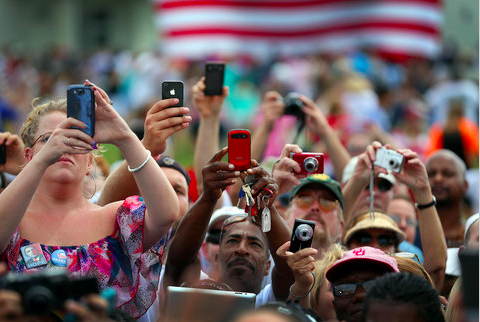 Of all the video and pictures taken, these are the only pictures I have to show for the day. I've heard there was video taken by the school, but I have yet yo get a hold of it.


A few more weeks and I'll be in America for vacation! Weeeeeeeee!
Posted by Jeff Musser at 5:19 AM No comments: