Oh painting, how I’ve missed you! 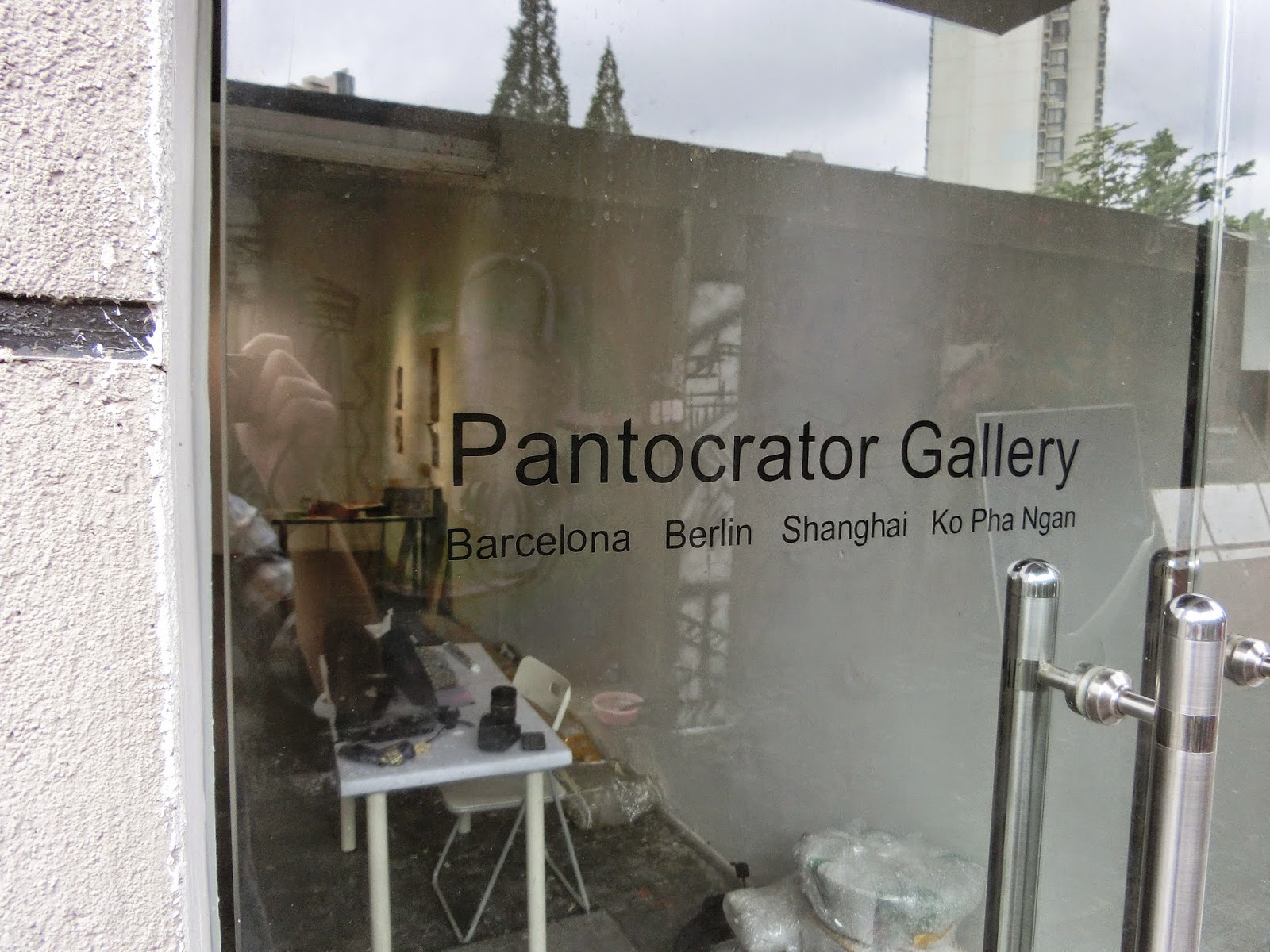 I have not picked up a brush nor have I smelled the sweet scent of oil paint in almost half a year. The last few months of not painting have been difficult, especially since I have painted or sketched almost everyday for the past 14 years. But the “stepping back from the work” was needed. I needed to adjust to me new environment, a new job, new surroundings, a new language that I still can’t speak a fucking word of, and I needed to process new ideas. I was actually a bit frightened about coming here. I thought that somehow, the skills and techniques would be too rusty to produce anything relevant. Or worse yet, they had somehow been lost. How wrong I was! Once I open the paints, the mediums, and my brushes from back home (thanks mom & dad), as they say in Hip Hop, “It was on and crackin!”

Within the first 5 minutes of sketching and mixing colors, it all came into focus, “THIS IS WHAT I AM SUPPOSED TO DO WITH MY LIFE.”


I will write more about the new work and will included more pictures as the work develops.

In addition to the studio space graciously provided by the Pantocrator Gallery, the surrounding area is a hub of creativity. "M50" is a contemporary art district in Shanghai, China, that houses a thriving community of more than a hundred artists whose studios are open to the public. It is often compared with New York's SoHo and Beijing's 798 Art Zone. The art quarter has become a popular cultural attraction for local and international visitors alike, and was named among the "Top ten things to do in Shanghai" by Time Magazine. Best part is, I’m staying in an apartment right across the street! 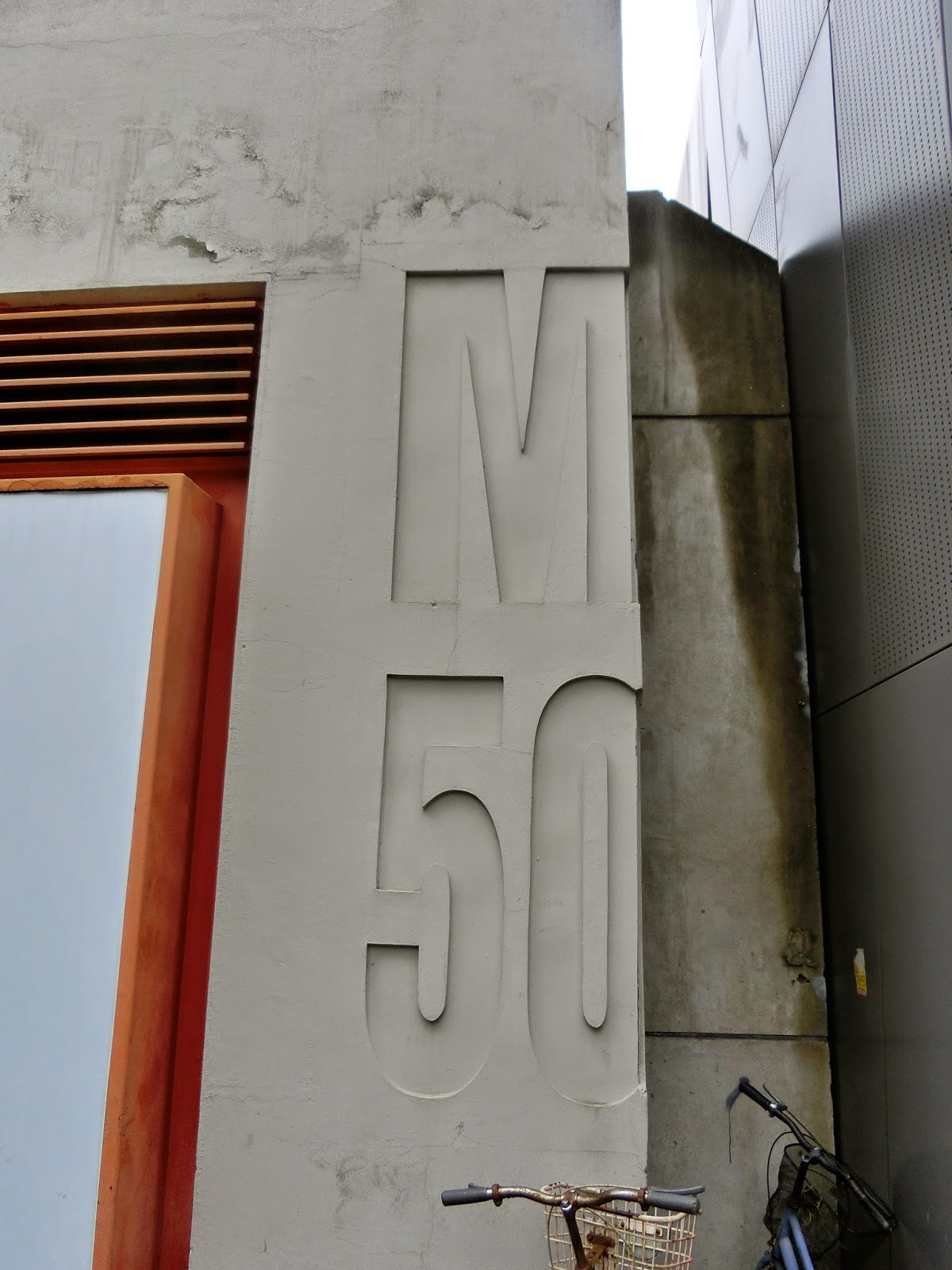 But there has been a bump in the road, a glitch in the matrix if you will. About two weeks prior to my arrival, my lower back said “fuck you” and snapped out of alignment.

I wish I had a cool story to go along with the injury. Something like, "I'm a sexual dynamo that puts his whole body into it" or " I saw an old lady trapped under a Volkswagen Beetle and I just had to help, and that's how my back went out" type of story. Something that would be good for the Jeff Musser autobiography.


But all I did was get out of bed, walk to the bathroom and felt this old, familiar shooting pain on my left side. It’s an old injury from about 7 years ago, and I know how to remedy the issue, but the problem has been trying to translate that to someone who doesn’t speak English. Here is another fun facet, Chiropractic care is not fully recognized here in China. When I went to the hospital with a Chinese friend to translate, they had no idea what “re-adjusting the spine” meant. Being a country where you don’t speak the language is difficult enough. Being in excruciating pain and not being able to express what you need or find relief is level of frustration I have never experienced before. I knew I could find massage therapy and acupuncture in Foshan, which I did, and I helped to temporarily relieve the pain, but I knew I would have to wait until I arrived in Shanghai.

Luckily I found Dr. Alan Z H Deng! He and his staff have been helpful beyond words. They have provided me with massage therapy, acupuncture, and the best chiropractic care I have ever experienced. My old chiropractor, bless his heart, did a decent job, but nothing like what I've experienced here.


If you are ever in Shanghai in need of chiropractic or holistic, head to toe treatment, go to this guy!

This week as been a lot like last week, in that all I have done has revolved around painting. Wake up, eat, shower, go to the gallery, paint, lunch, watch a movie, paint, visit Dr. Alan, paint, and sleep.

I have also switched back to my default setting of wake up in the afternoon, and then paint until the sun comes up. But I love it. I really want to explore Shanghai, but I have so much work to do before the opening, I just can’t do it. I’ll save it until the last week I’m here. Until then, enjoy these progress shots and pics of our Gallery Cat :} 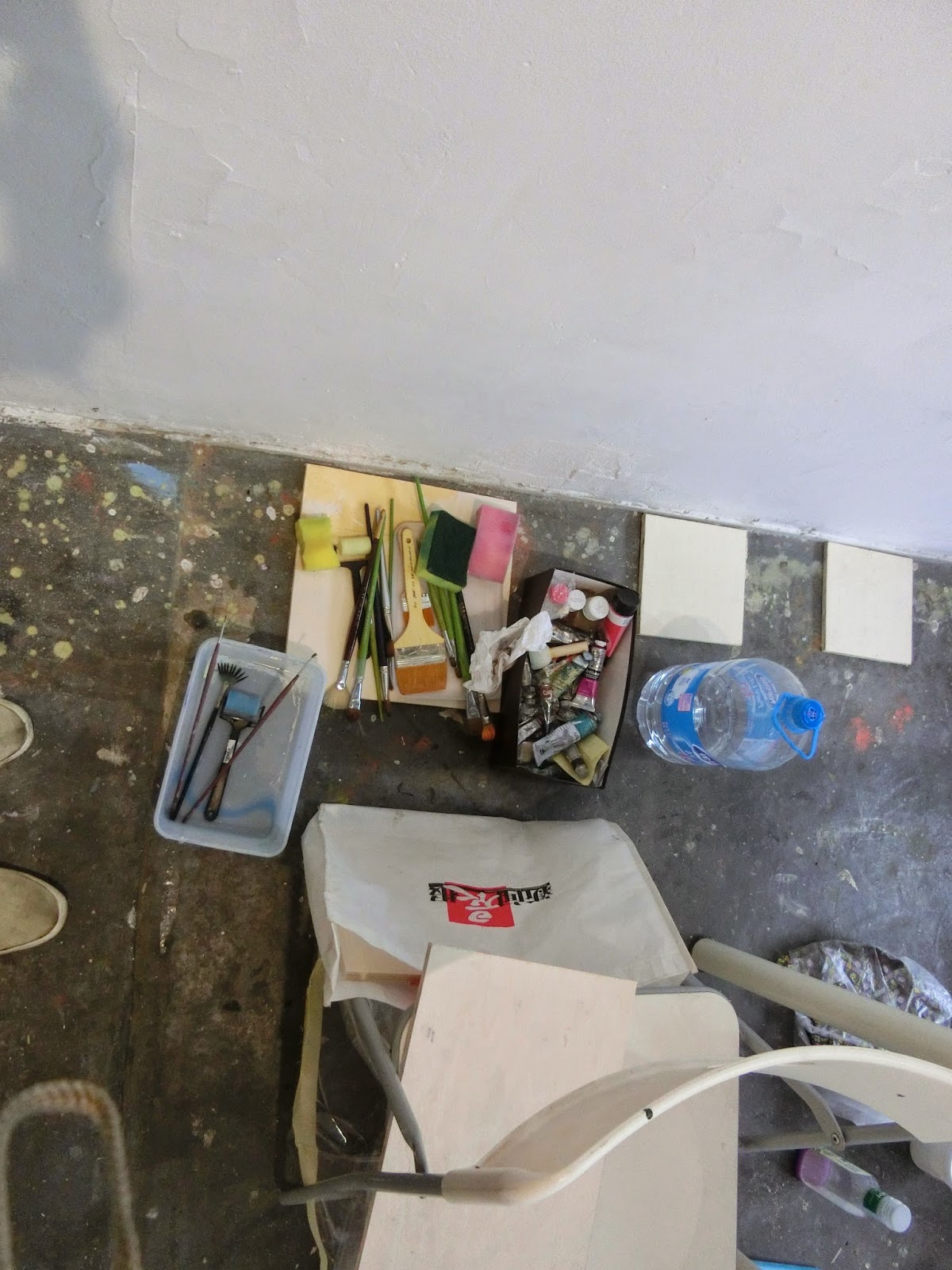 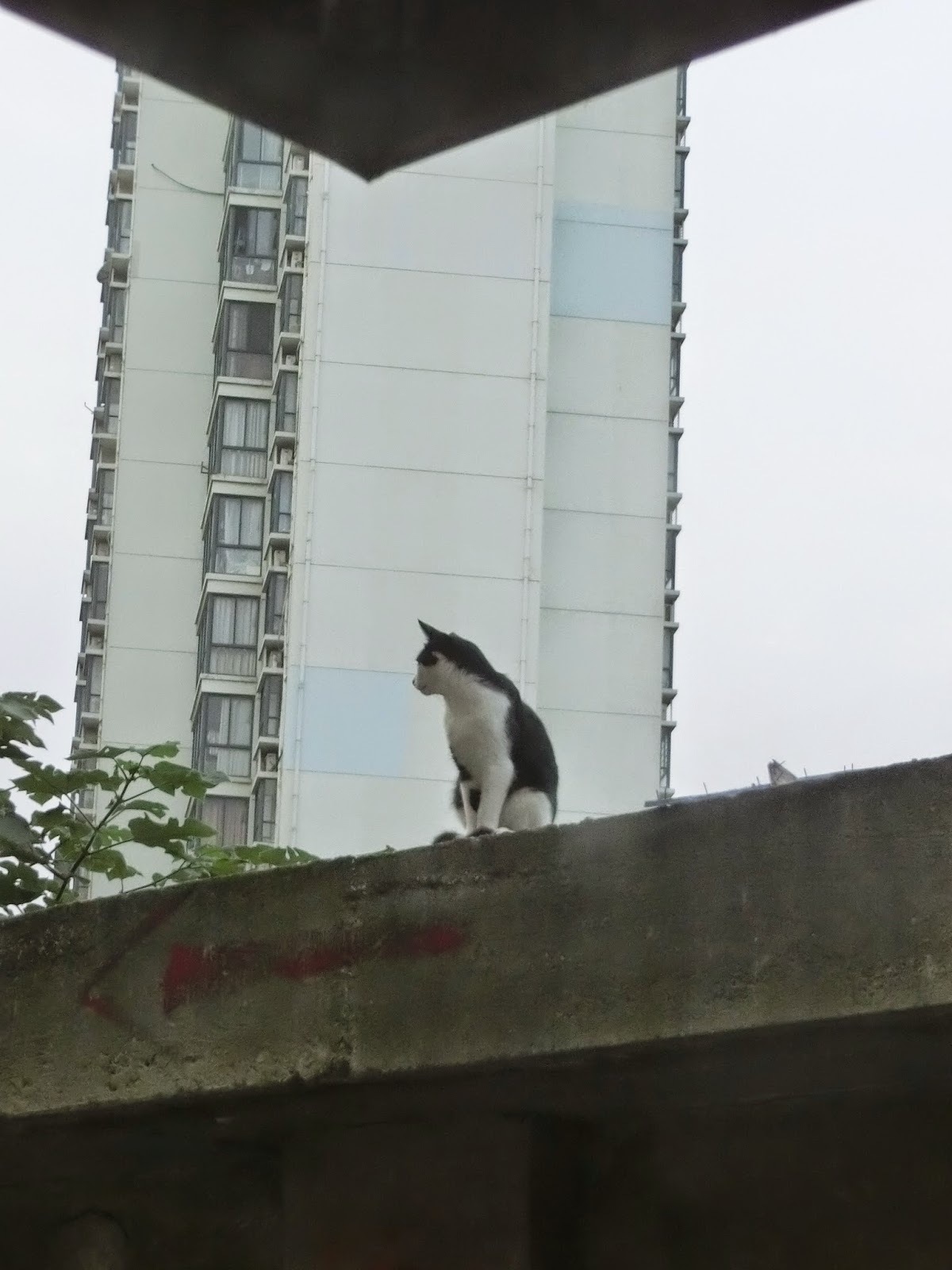 Have you ever seen an art exhibition that changed your life? Maybe it changed your view of the world or caused you to think about your own work differently. Perhaps you thought "Wow! Why didn't I think of that?" That moment came to me when I saw "The Ninth Wave" by Cai Guo-Qian at the Shanghai Power Station Of Art. It was so brilliant, there will have to be another blog post just to cover this exhibition. I will also need more time to simply digest everything I saw. For now here are some highlights: 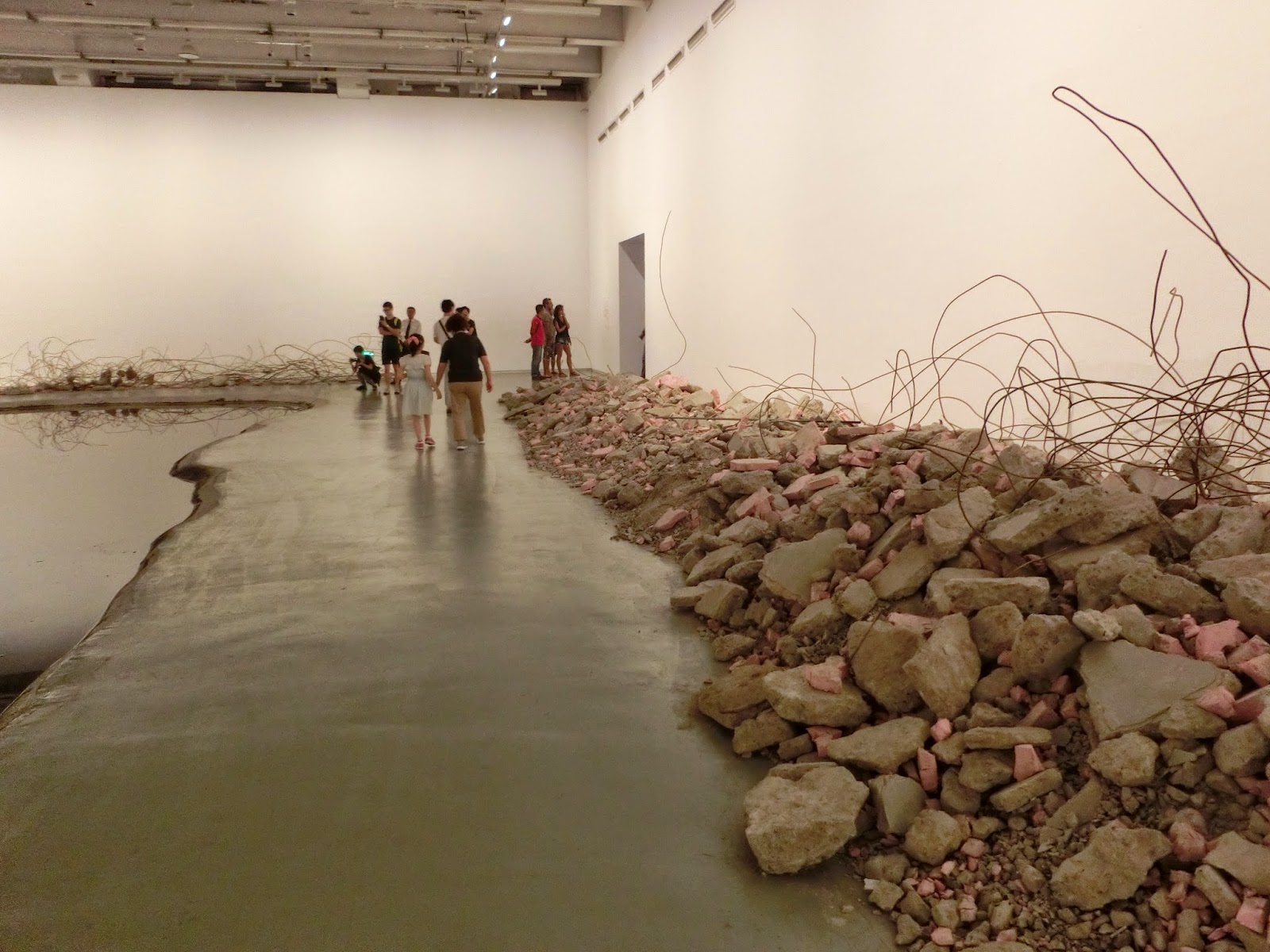 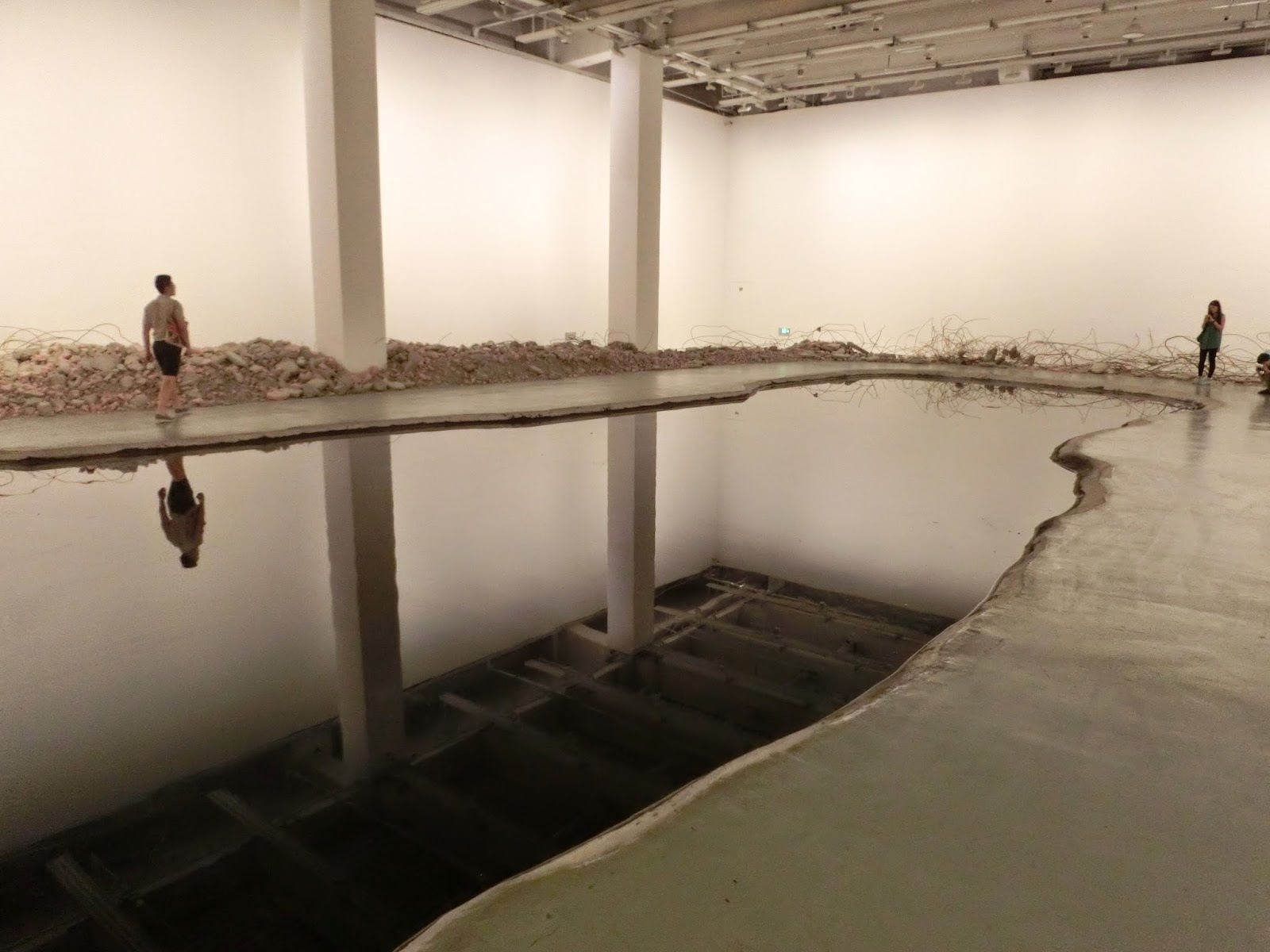 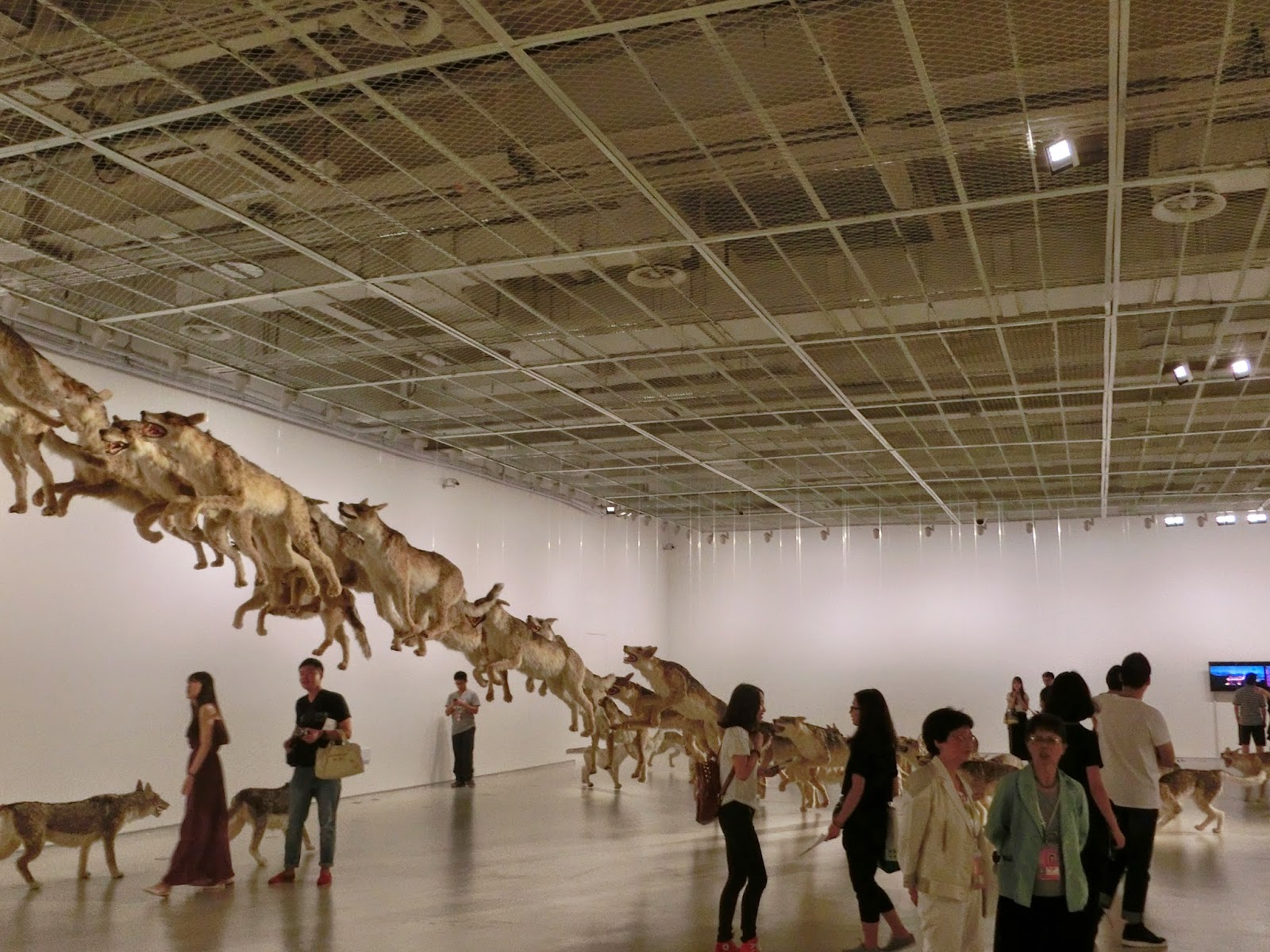 It was all going smooth, until the lights above my paintings went out 45 minutes before the doors were scheduled to open! But our neighbor Mr. Liu managed to adjust the lights so my work looked decent. The reception itself was sparsely attended and to the best of my knowledge, no serious buyers were showed up, but I had a good time nonetheless. 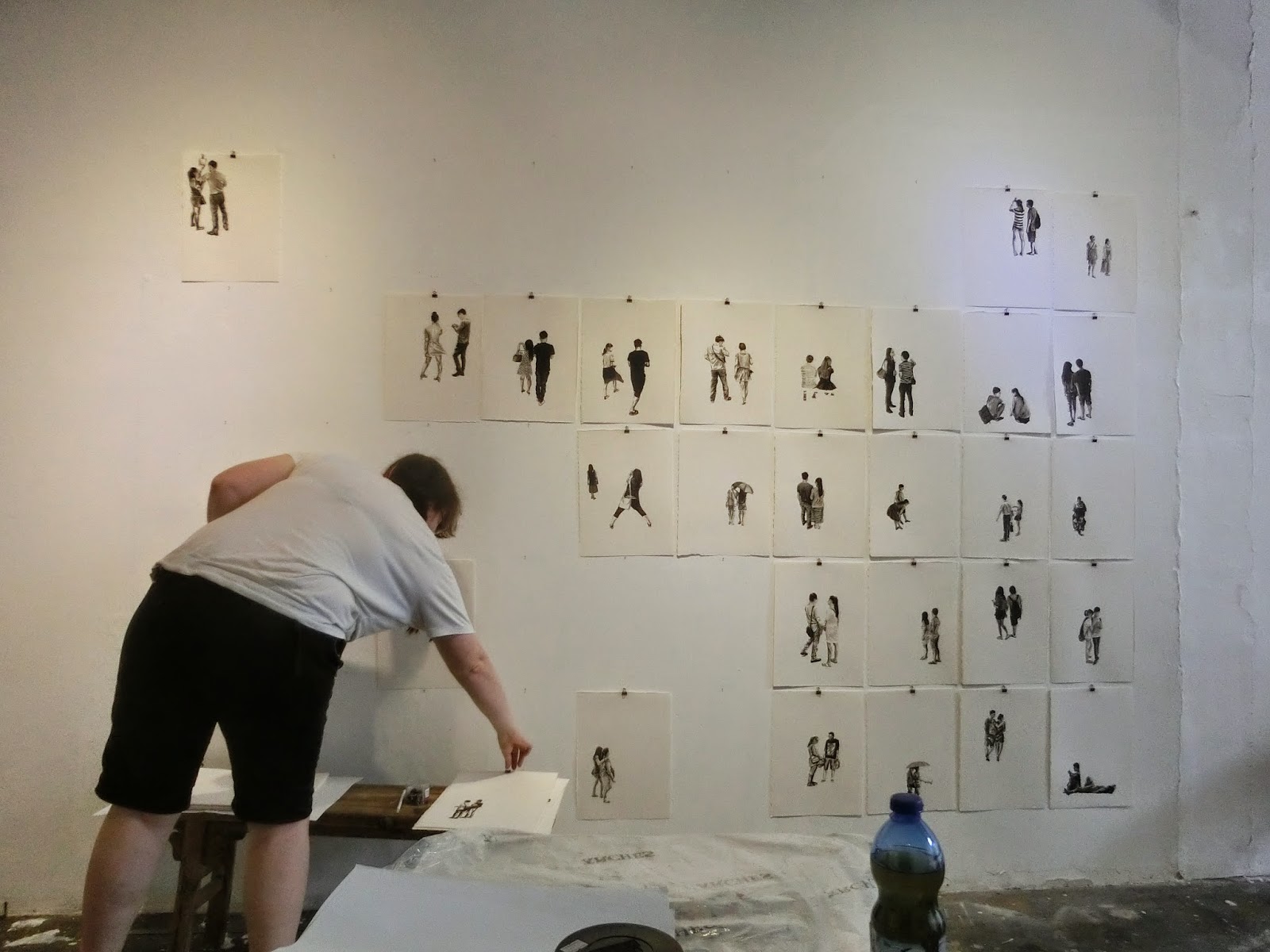 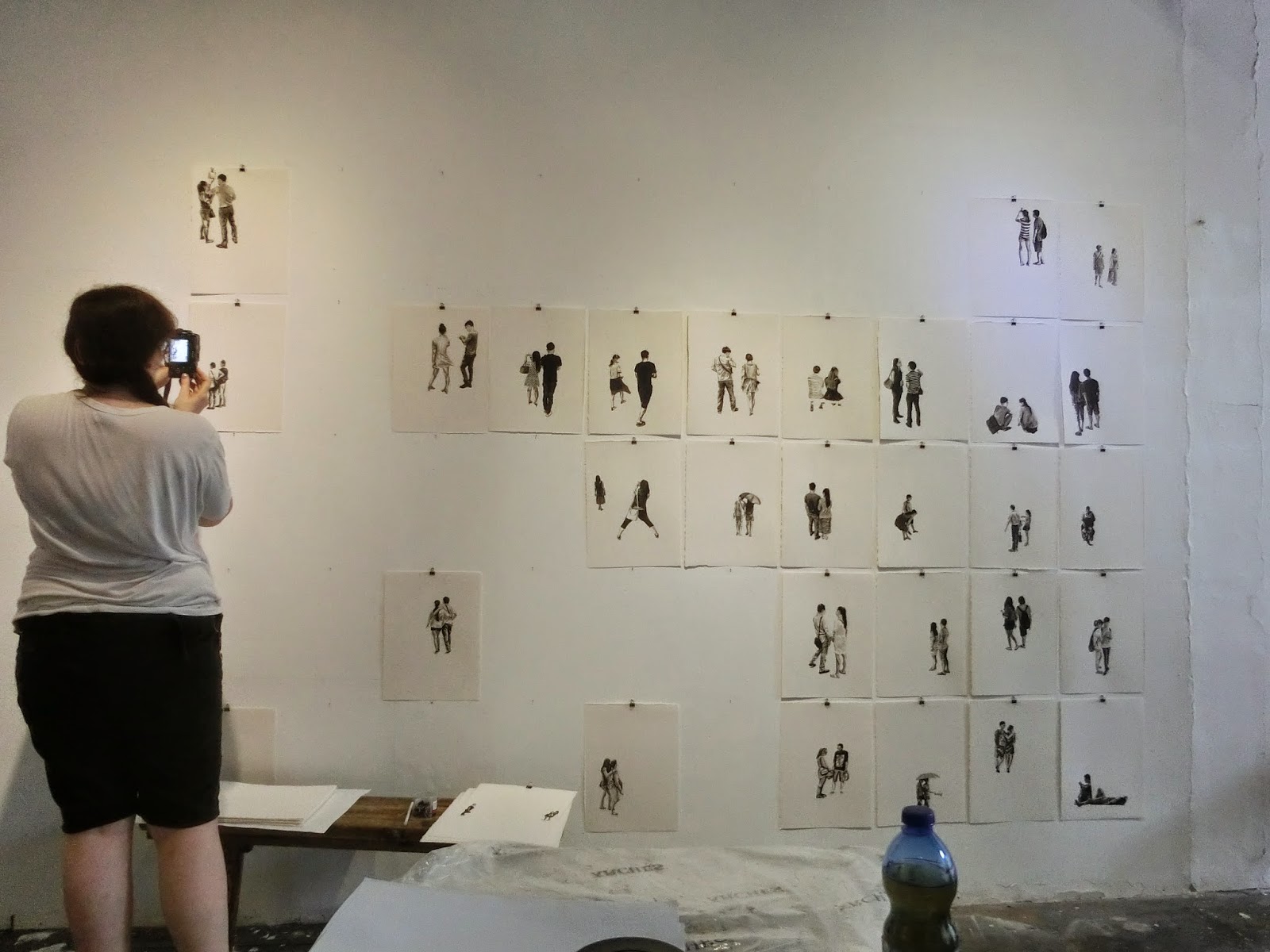 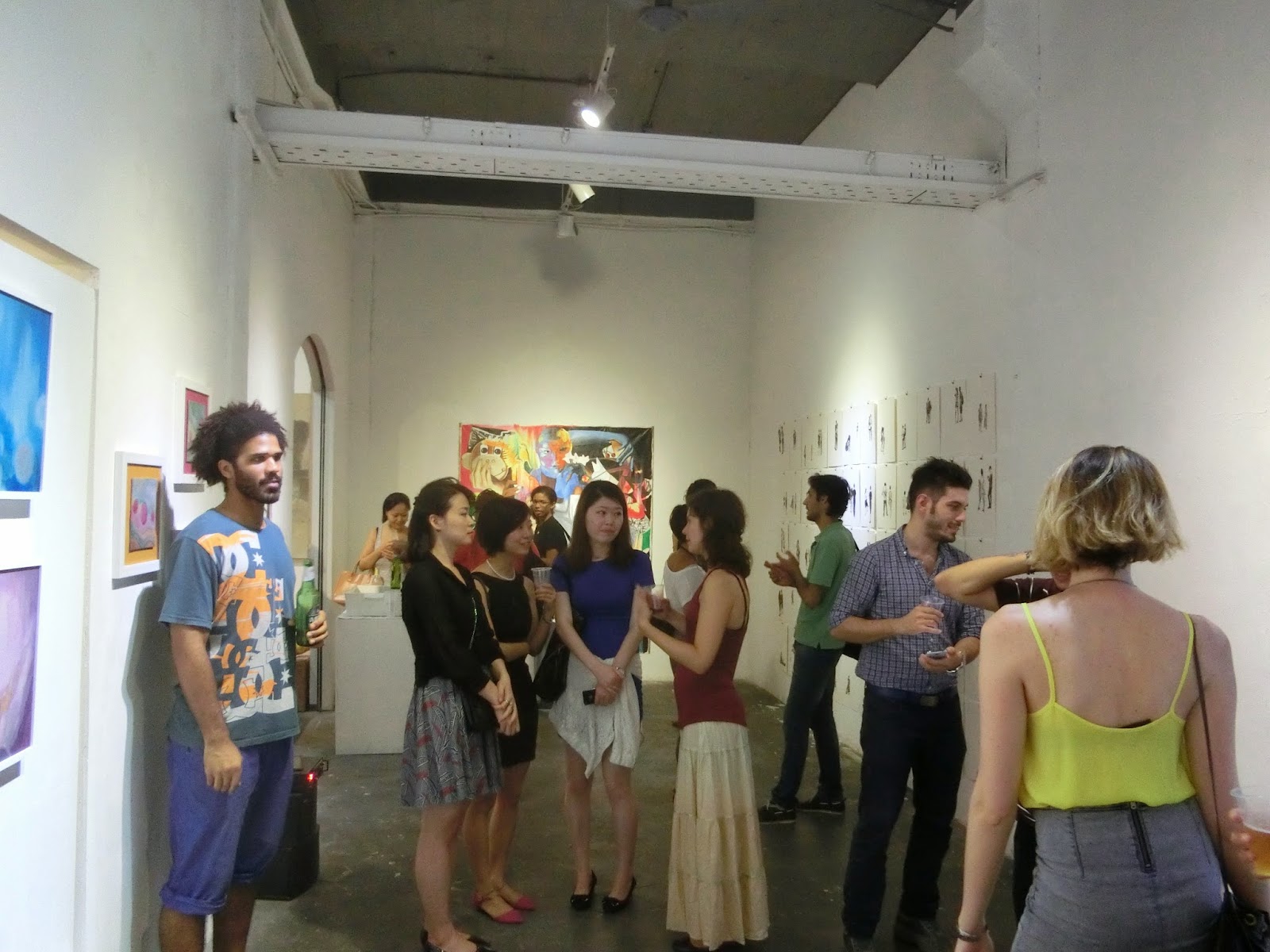 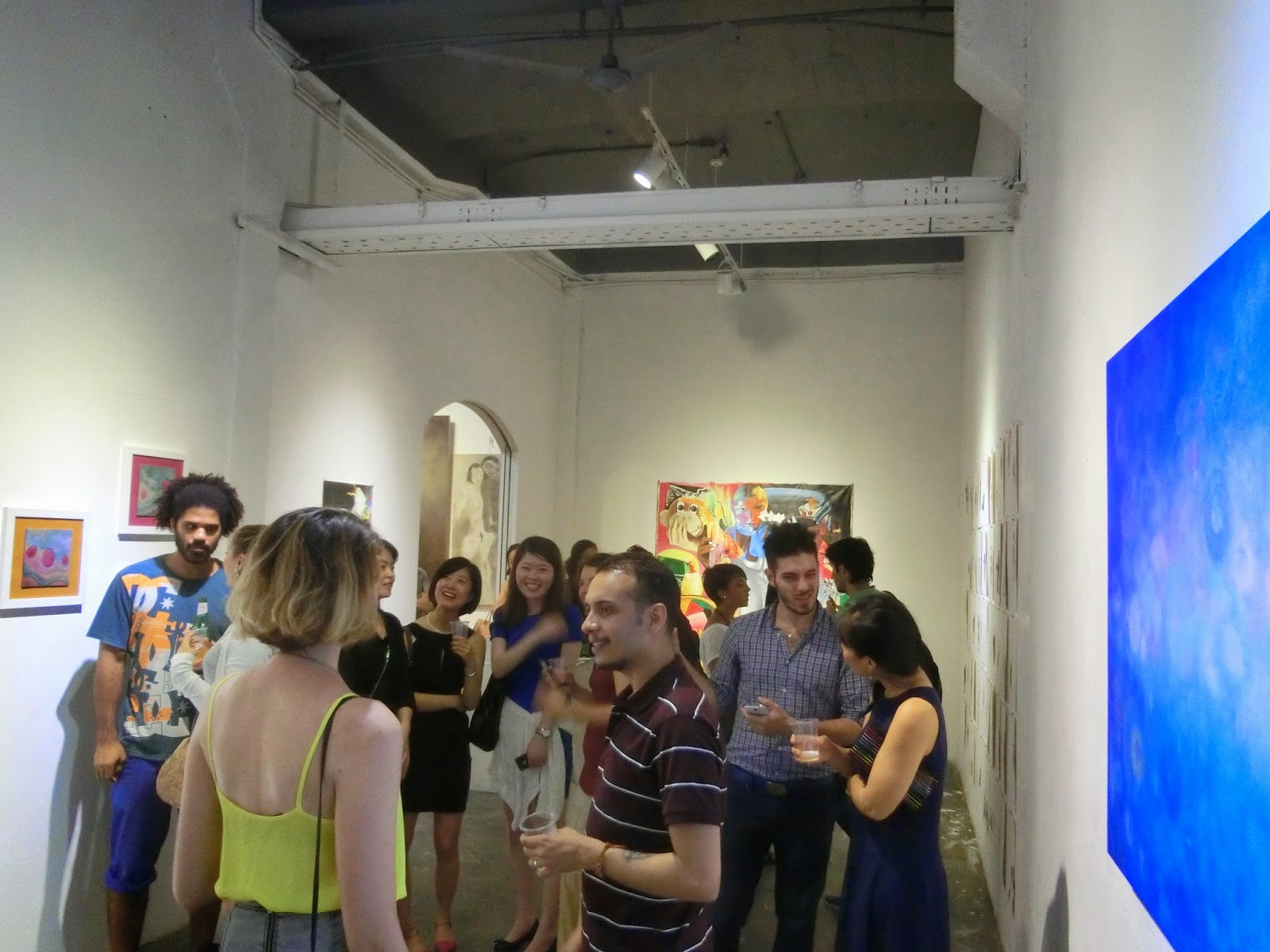 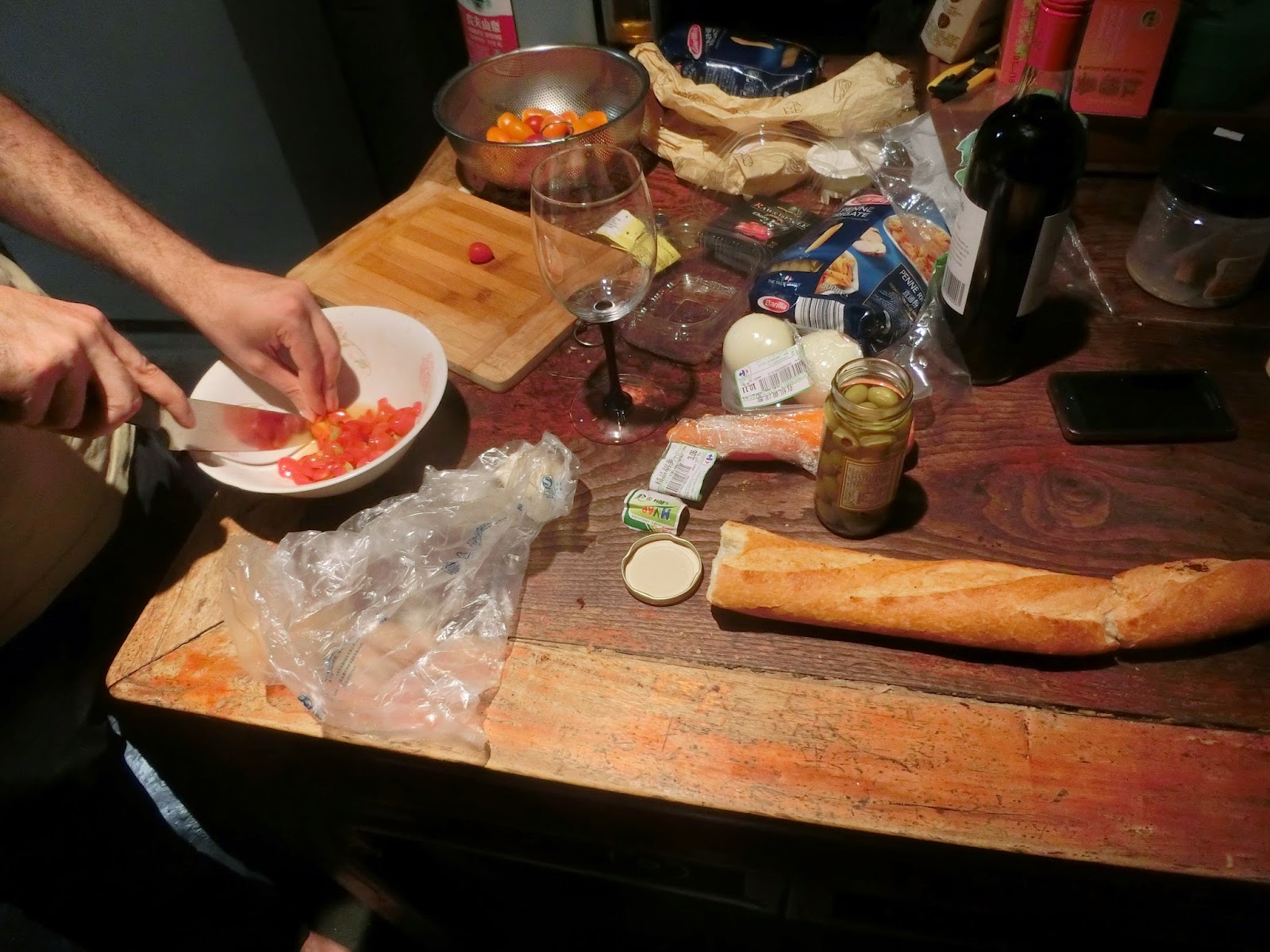 A few days before I arrived, curators from the show stopped by the gallery in Shanghai, in search of artists from outside China. The gallery director Laura didn’t have real life samples of my work, so she showed them screen captures on her computer.

And that was it! But because the opening for the show was scheduled August 28th, original work wasn’t an option. So the solution was high quality giclees on canvas. 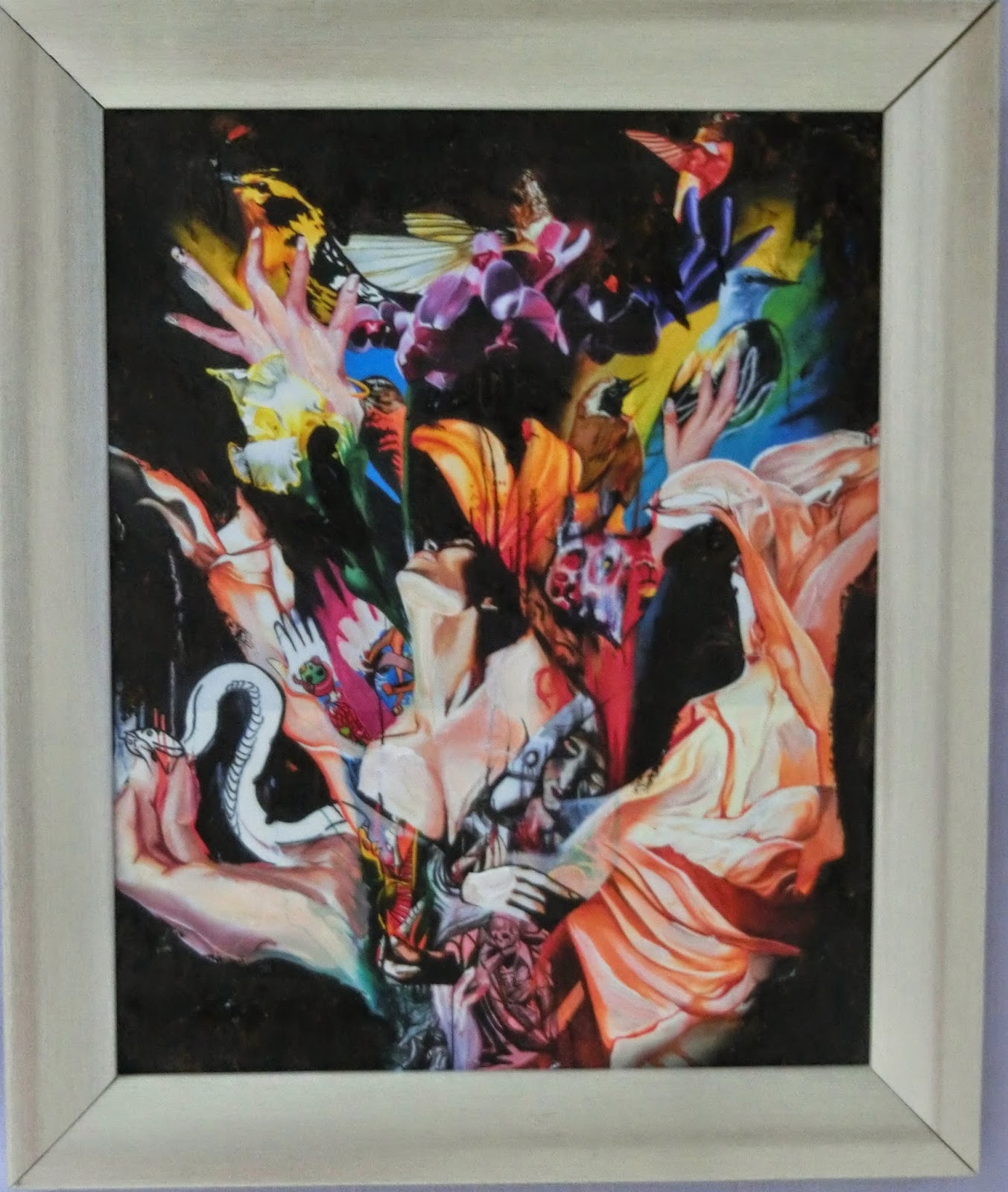 It’s not the most ideal, but it’s a good introduction, and again I am representing America in an international show! 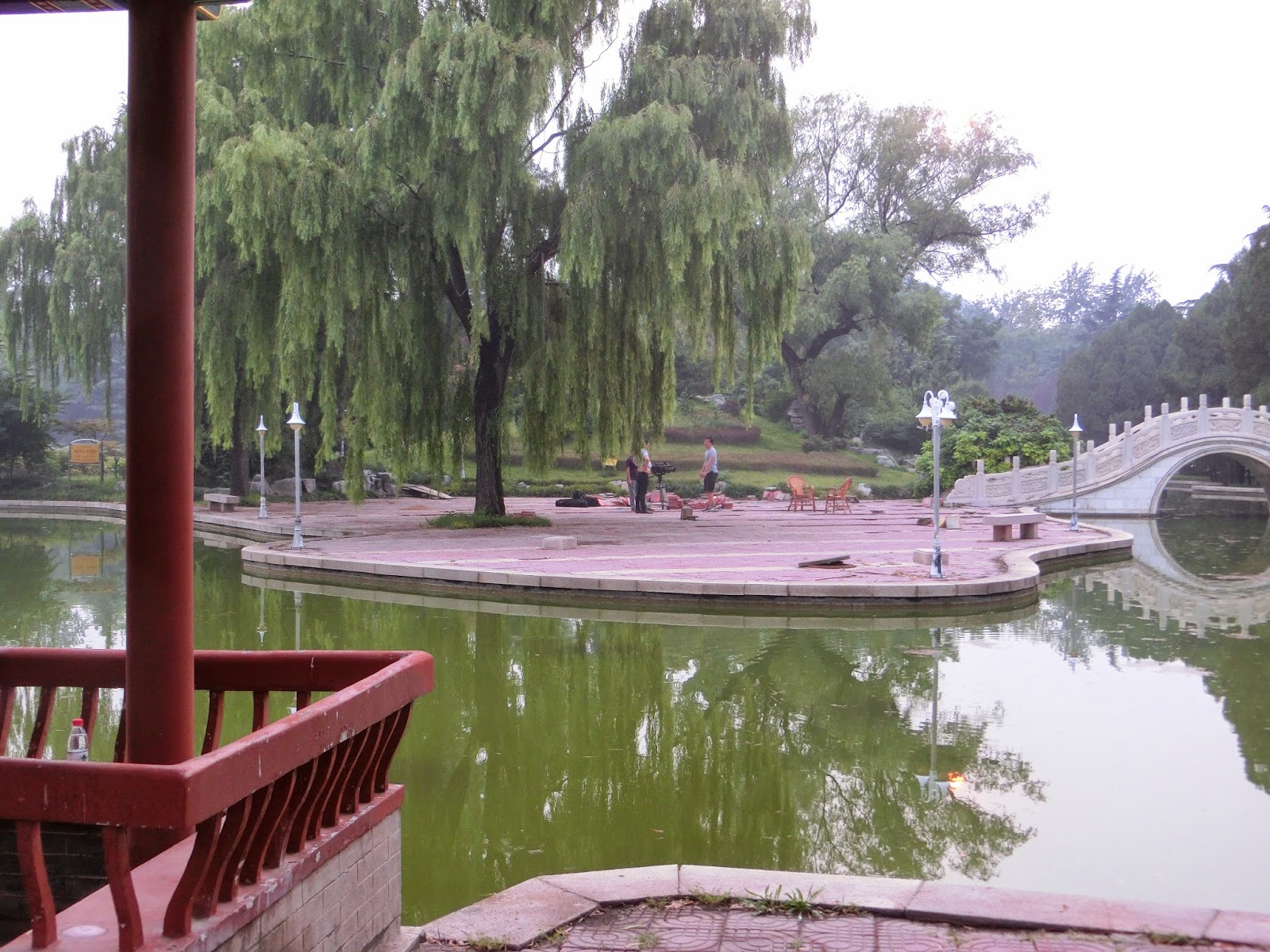 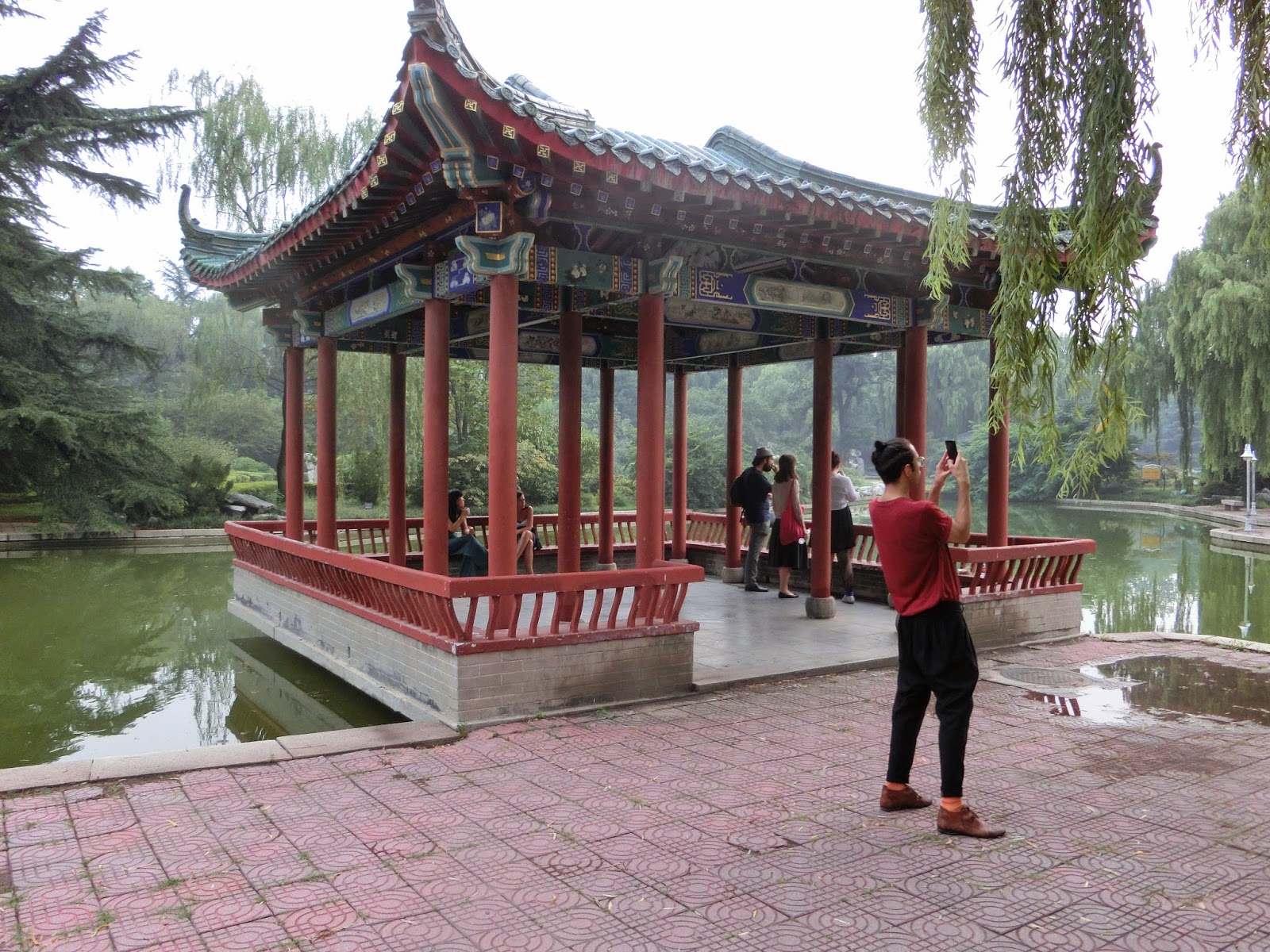 So after dinner there was a live event for all the traditional Chinese painters in the show. They were given tables, ink, paper, lots of cherries tomatoes, and told to just go for it! It was quite incredible to watch and I felt very honored to have witnessed it. 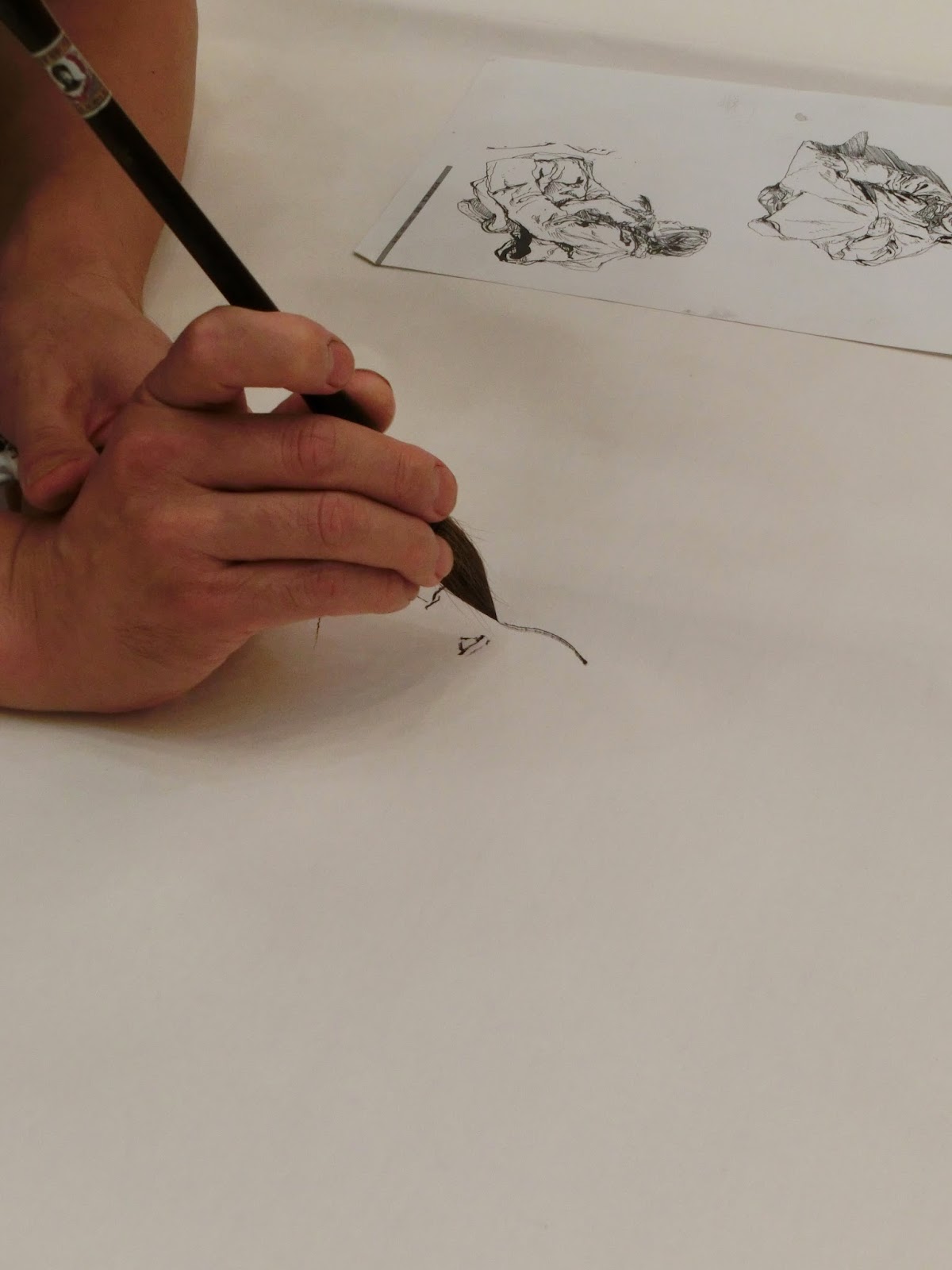 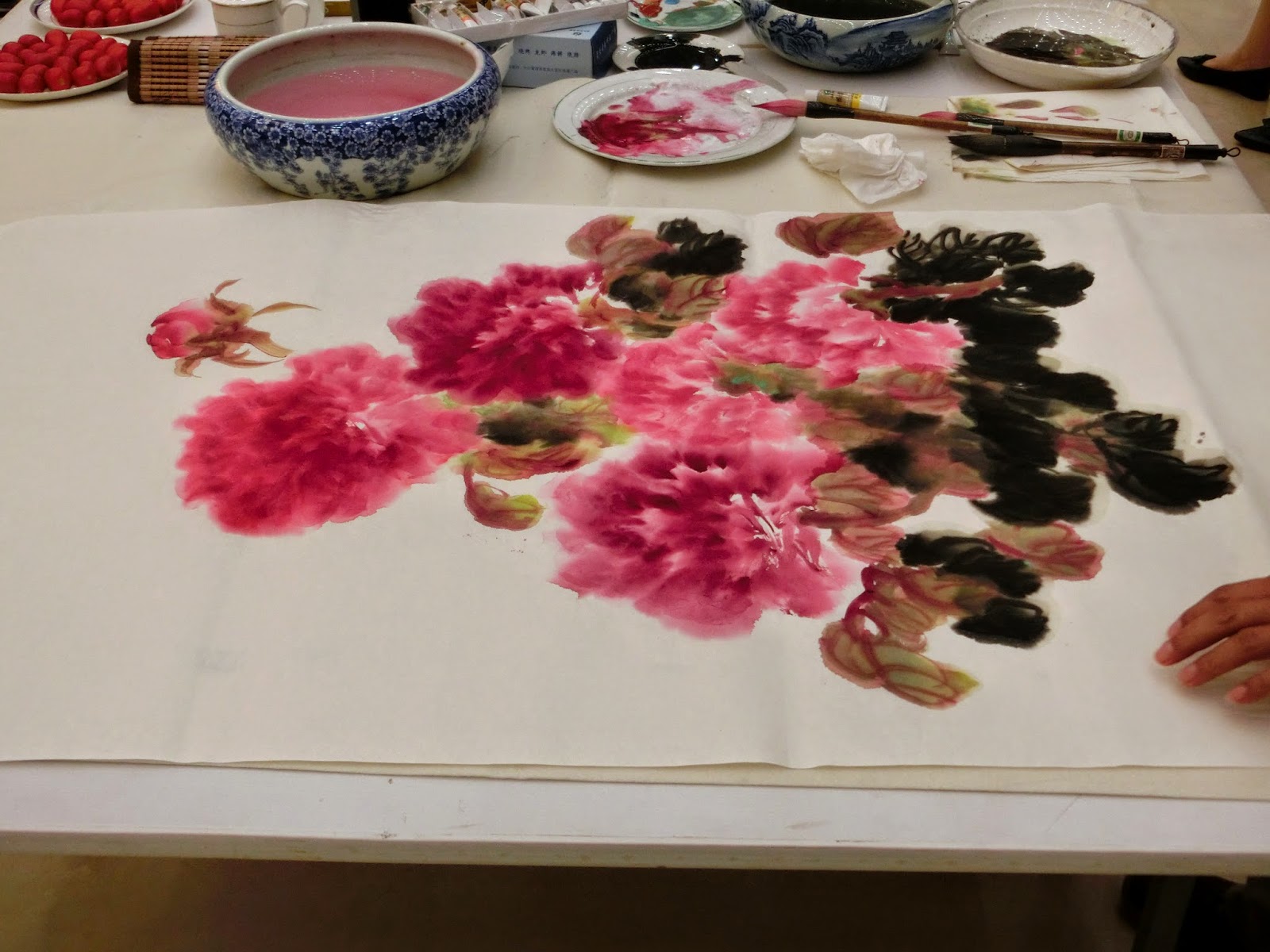 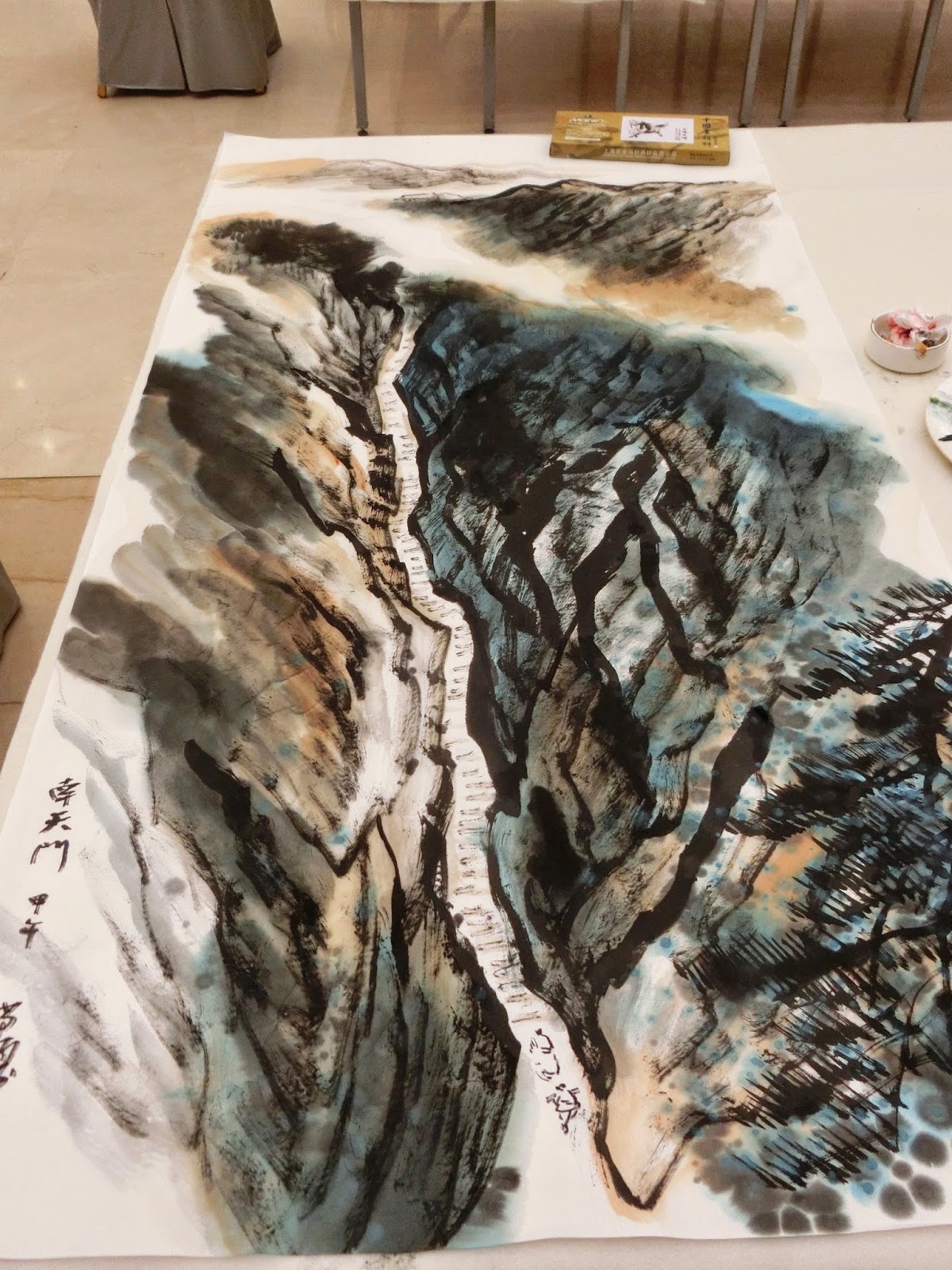 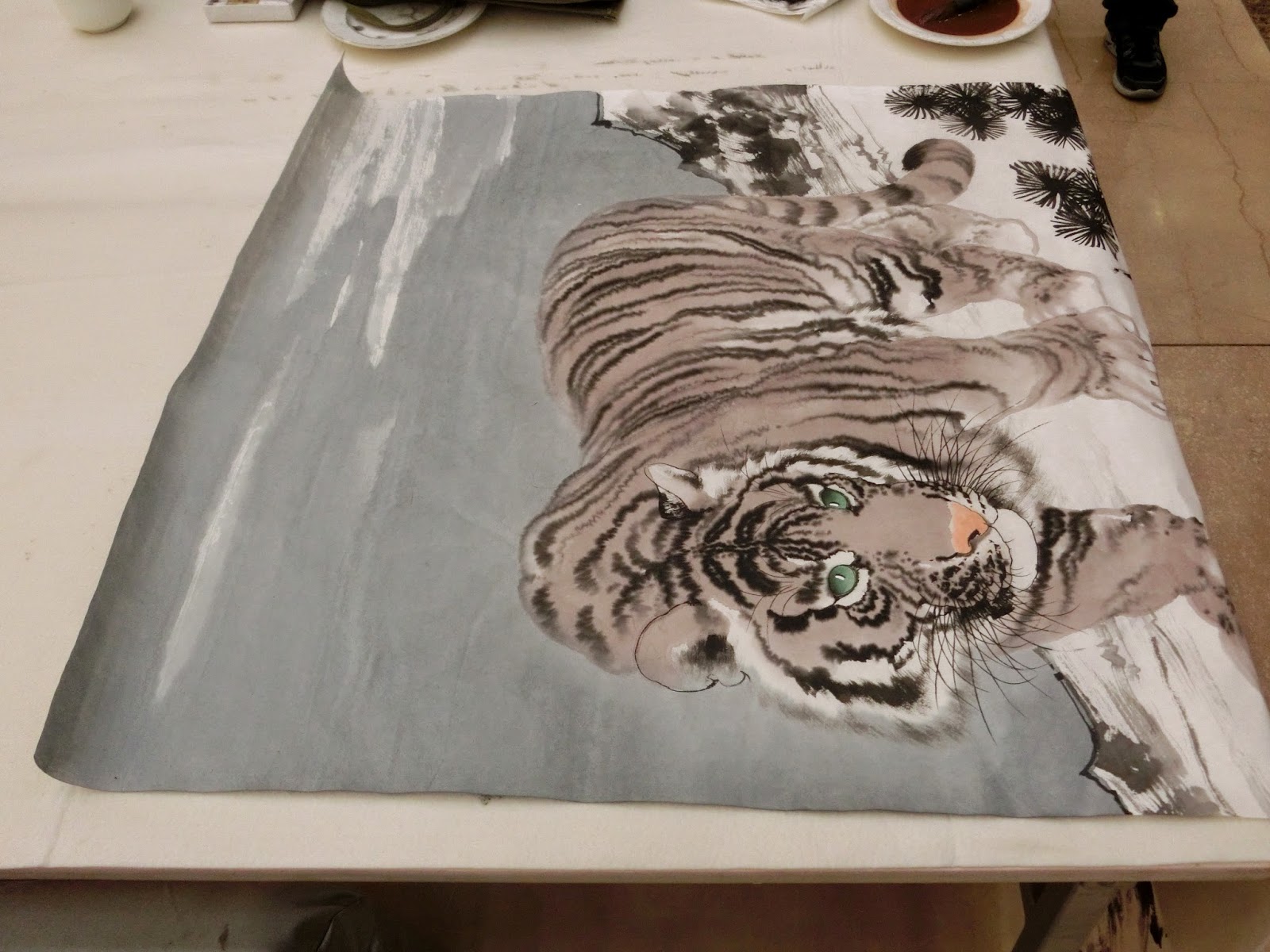 They even asked me to give it a go. It came out horrible but the cherry tomatoes were delicious! And somewhere is Beijing, there is a T.V. Station with footage of me talking about my experience at the Biennial :) 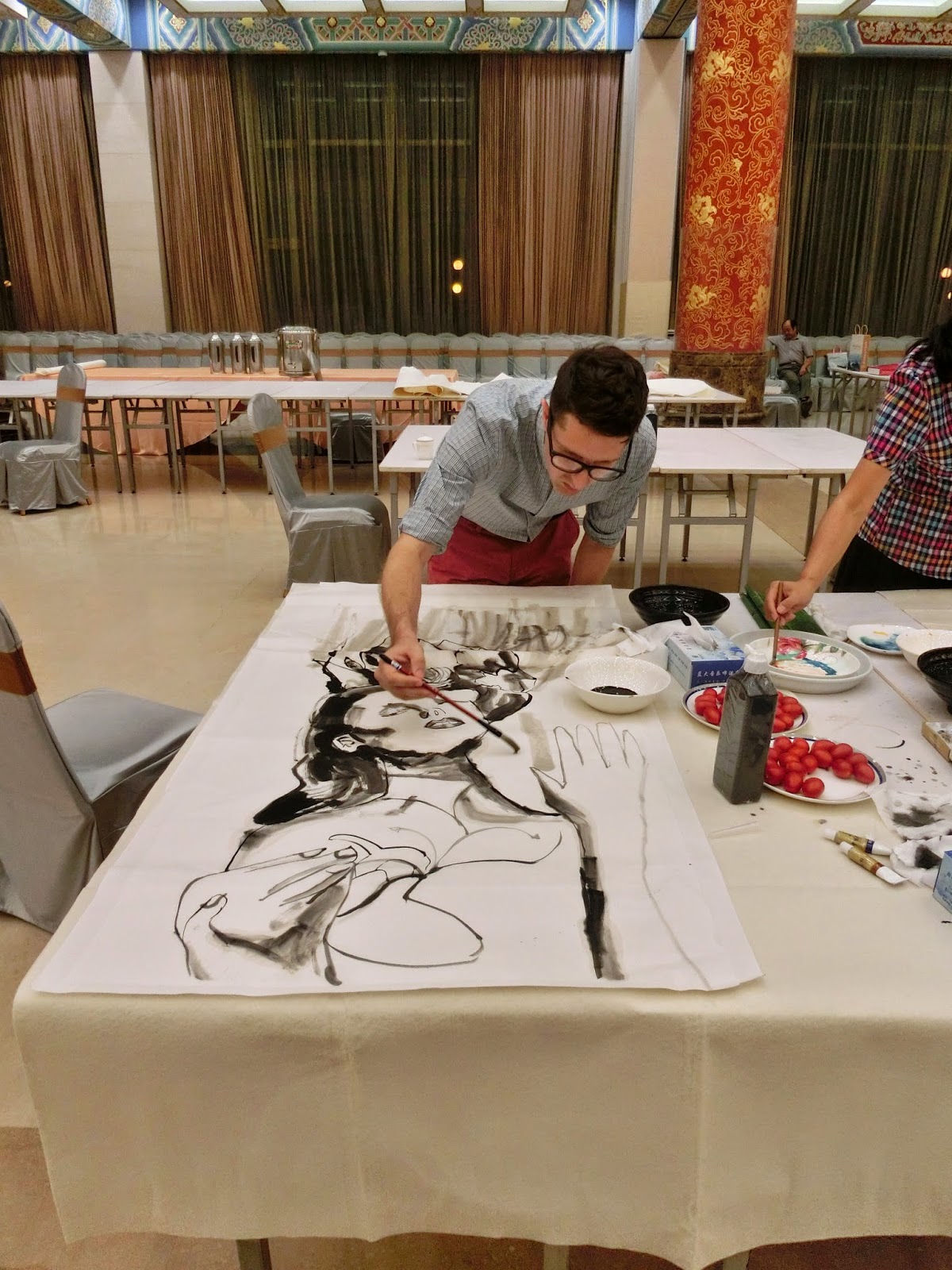 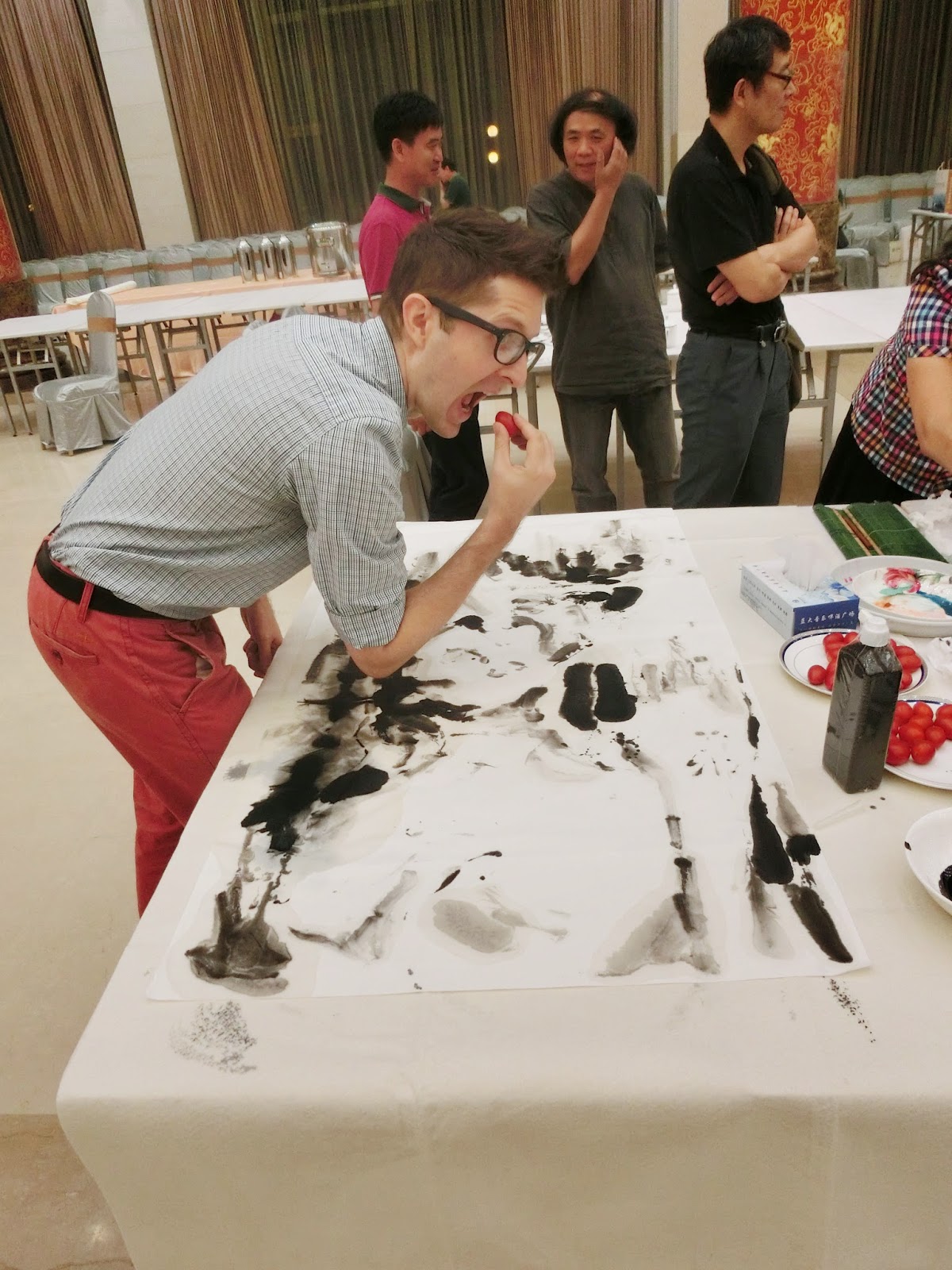 I’m not a fan of K-Pop not have I ever had the desire to attend a K-Pop concert. But my studio mate Lorriane was and is a  HUGE POP K-FAN!


She knows the individual members of various groups (both male and female),  knows there backstories, knows whom is dating who, who acts in Korean dramas, who left such and such and record label because of contract conflicts etc. So when she mentioned that some of Korea’s biggest pop stars would be performing in Shanghai, and would I be interested in attending, I thought, “Sure. When will this opportunity present itself again? It will add another layer to my Shanghai experience. 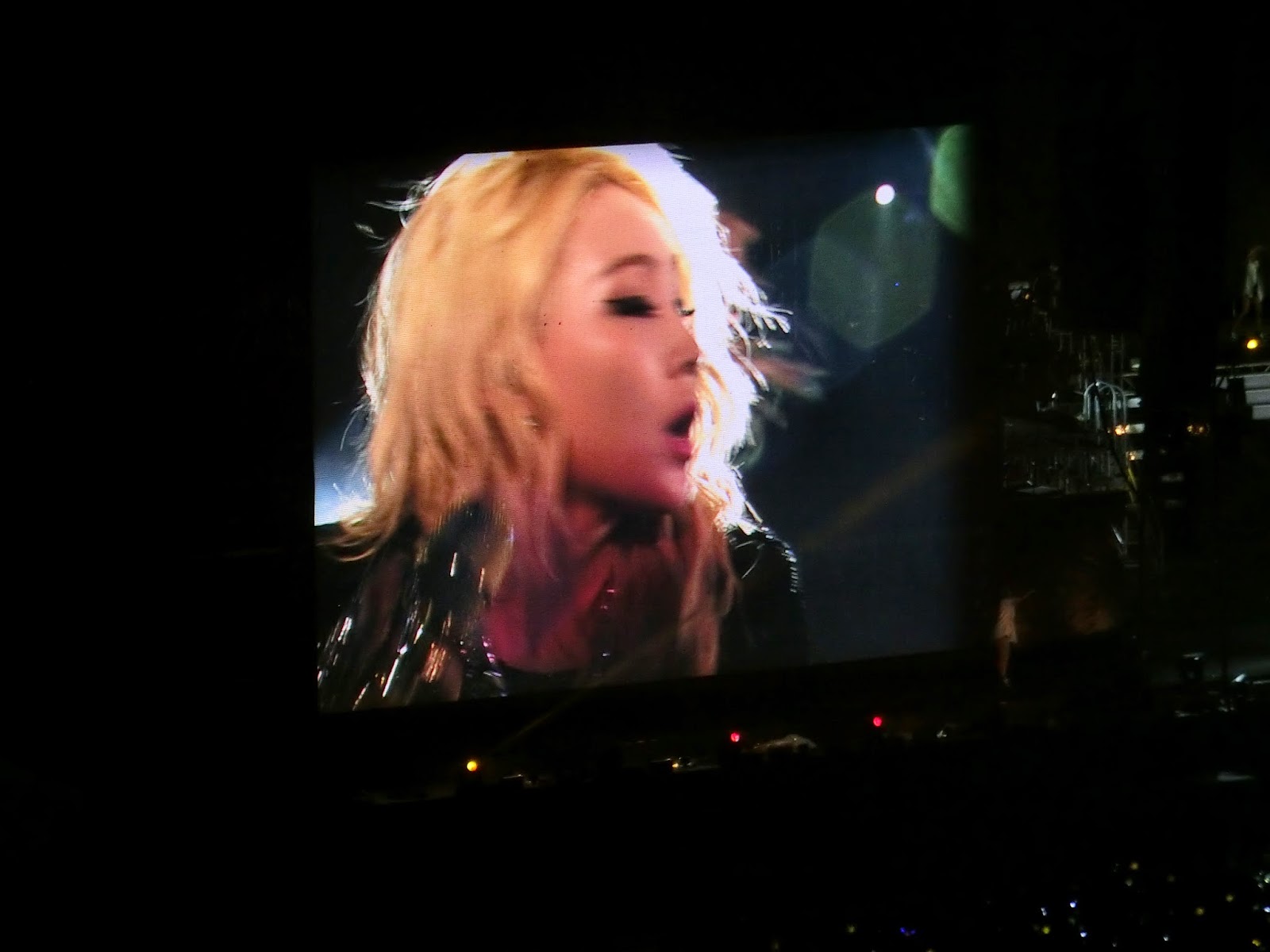 There was also a boy band that performed called Big Bang. When the took the stage, every girl in the audience lost it! The screaming actually hurt my ears! 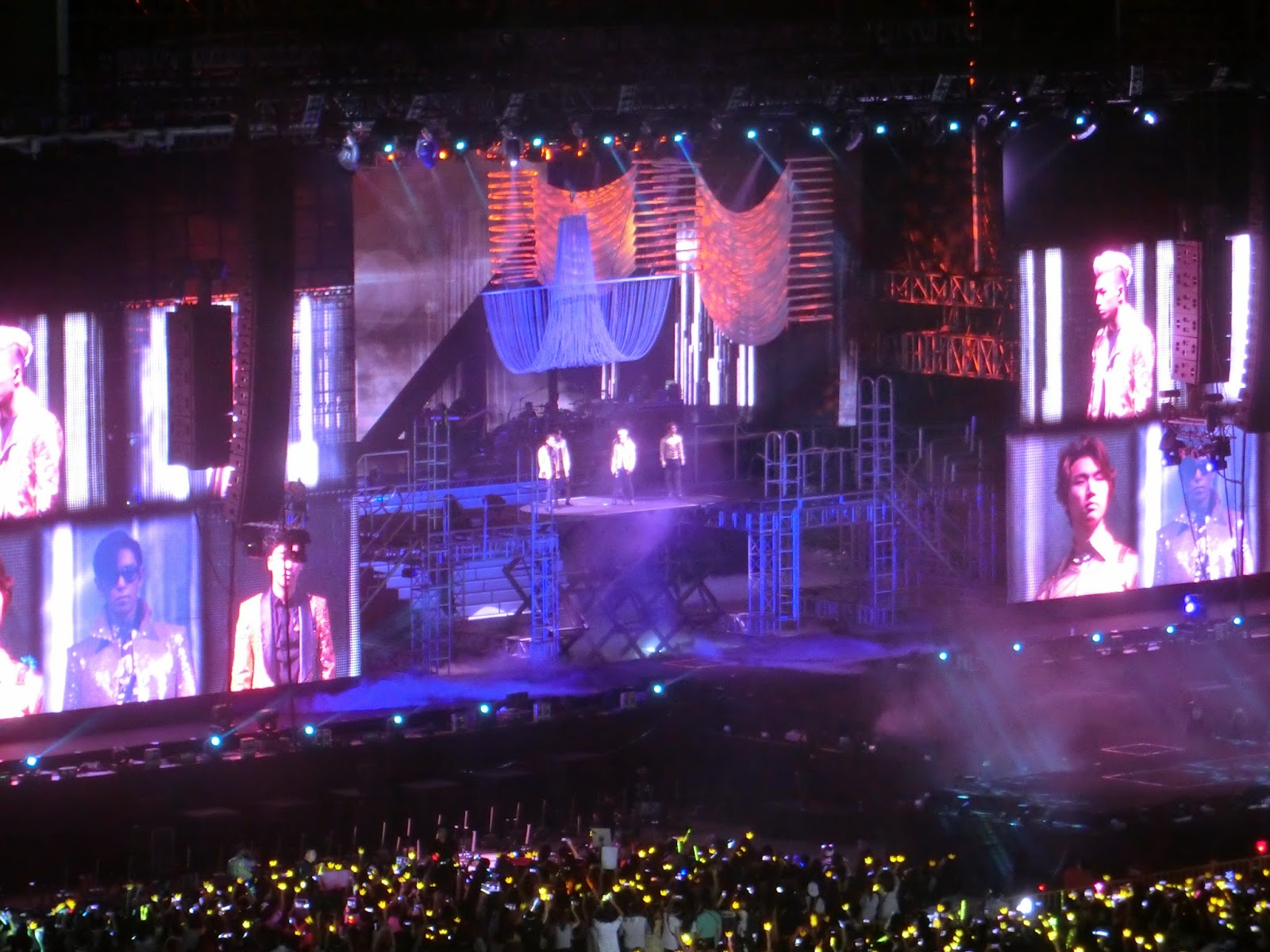 The headliner for the show was PSY, the guy that most Westerners know as the "Gangnam Style" Guy. He's  a K-POP Icon and has been for some time and I was also surprised to know he's over 40 years old! After seeing him perform, I can understand why he's been on top for so long, the man puts on a hell of a show! 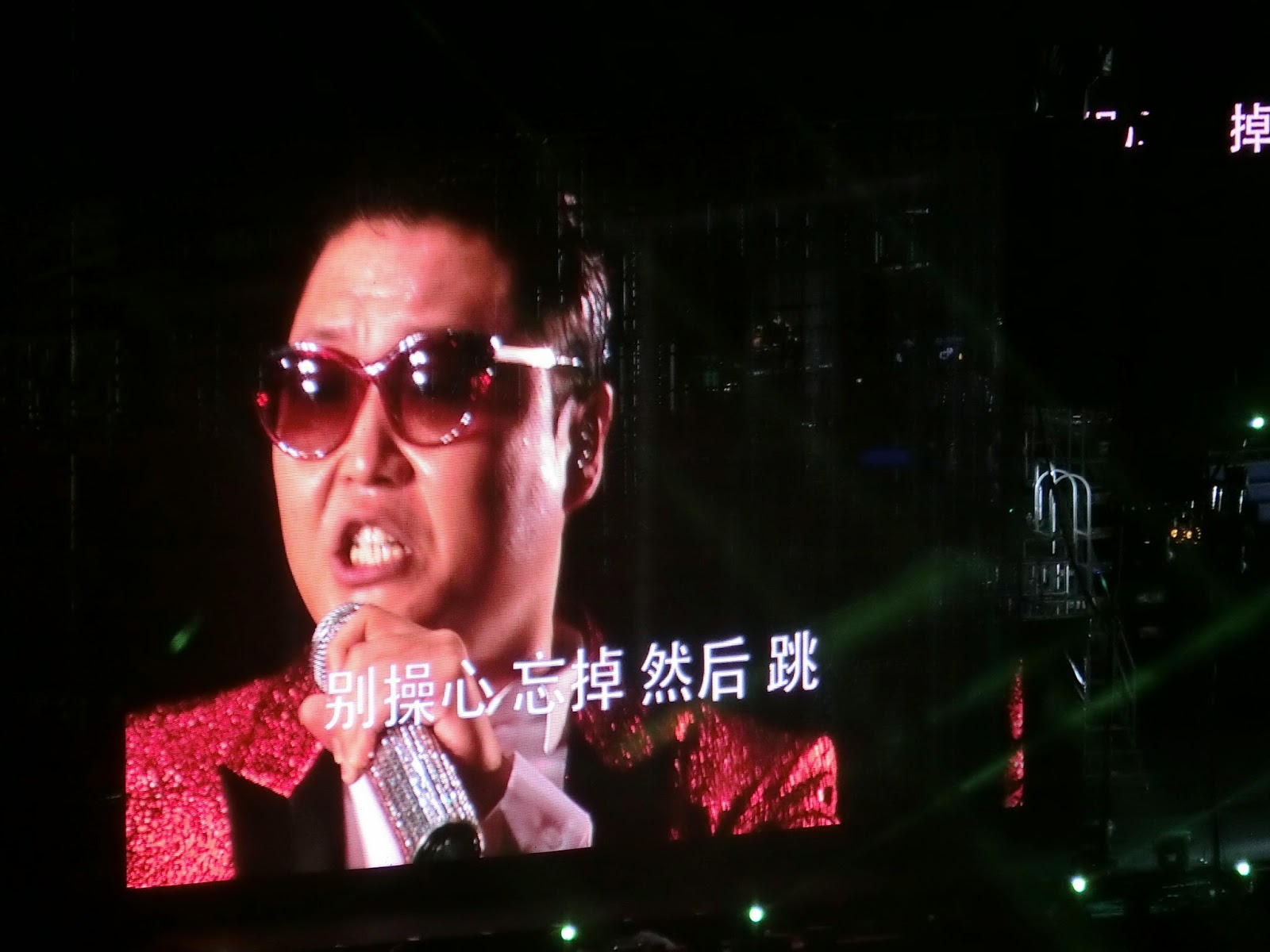 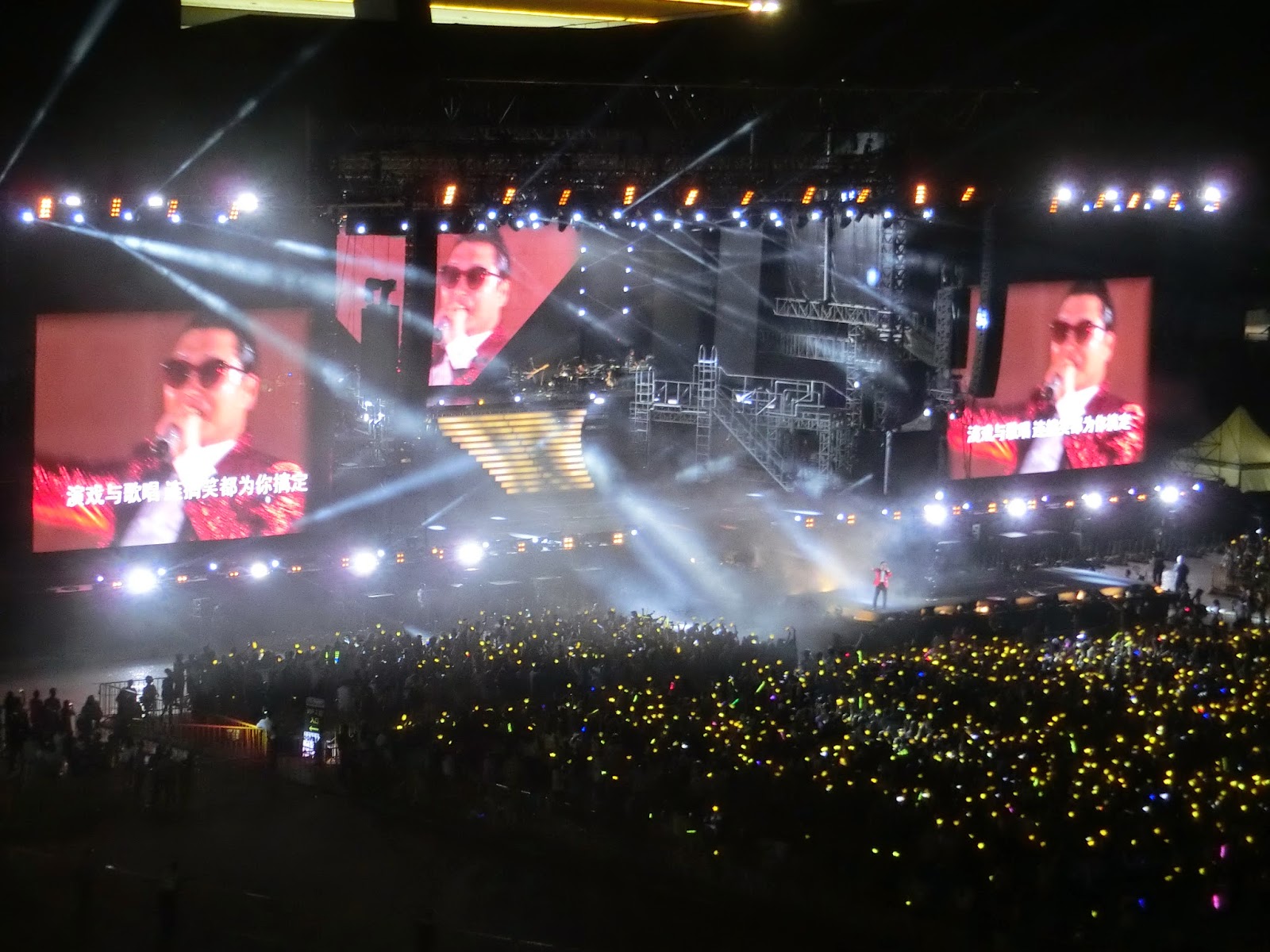 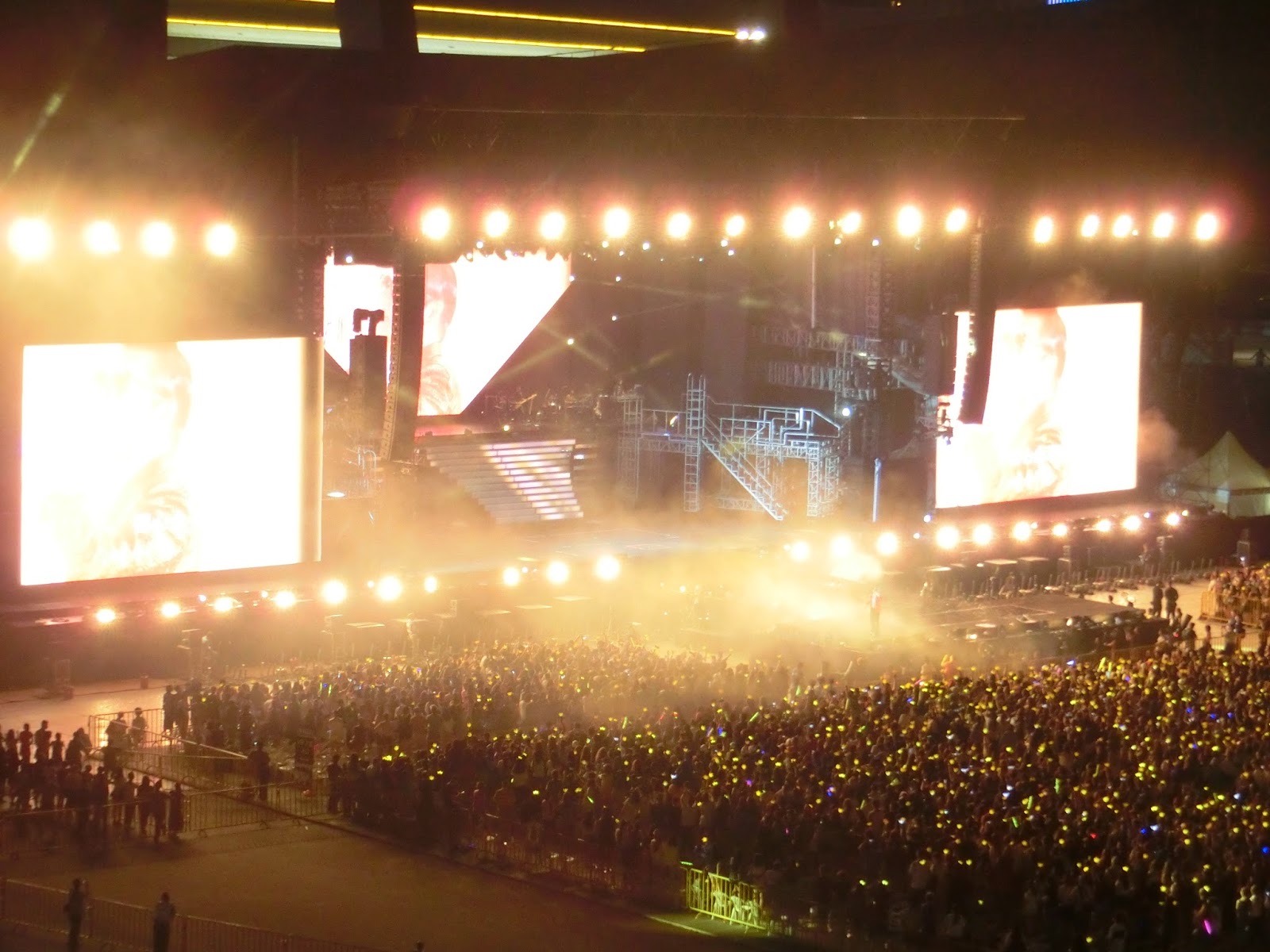 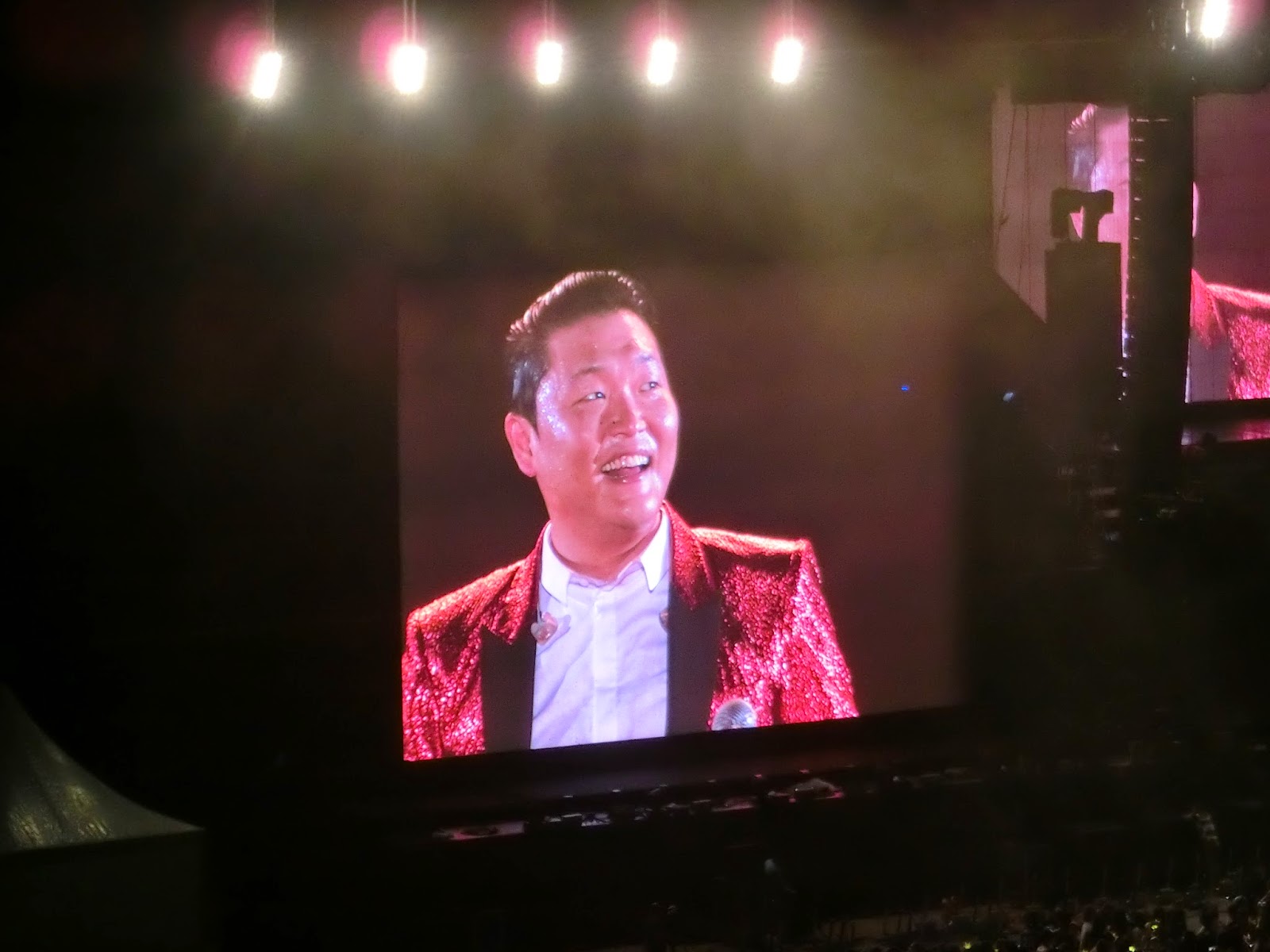 One month in this city is not nearly enough time to properly explore. To truly get a feel for the art in this city, I would have to spend a great deal of time here. I accomplished more than I hoped for in 3 weeks, but to make a decent body of work, I would need at least half a year, maybe even more. 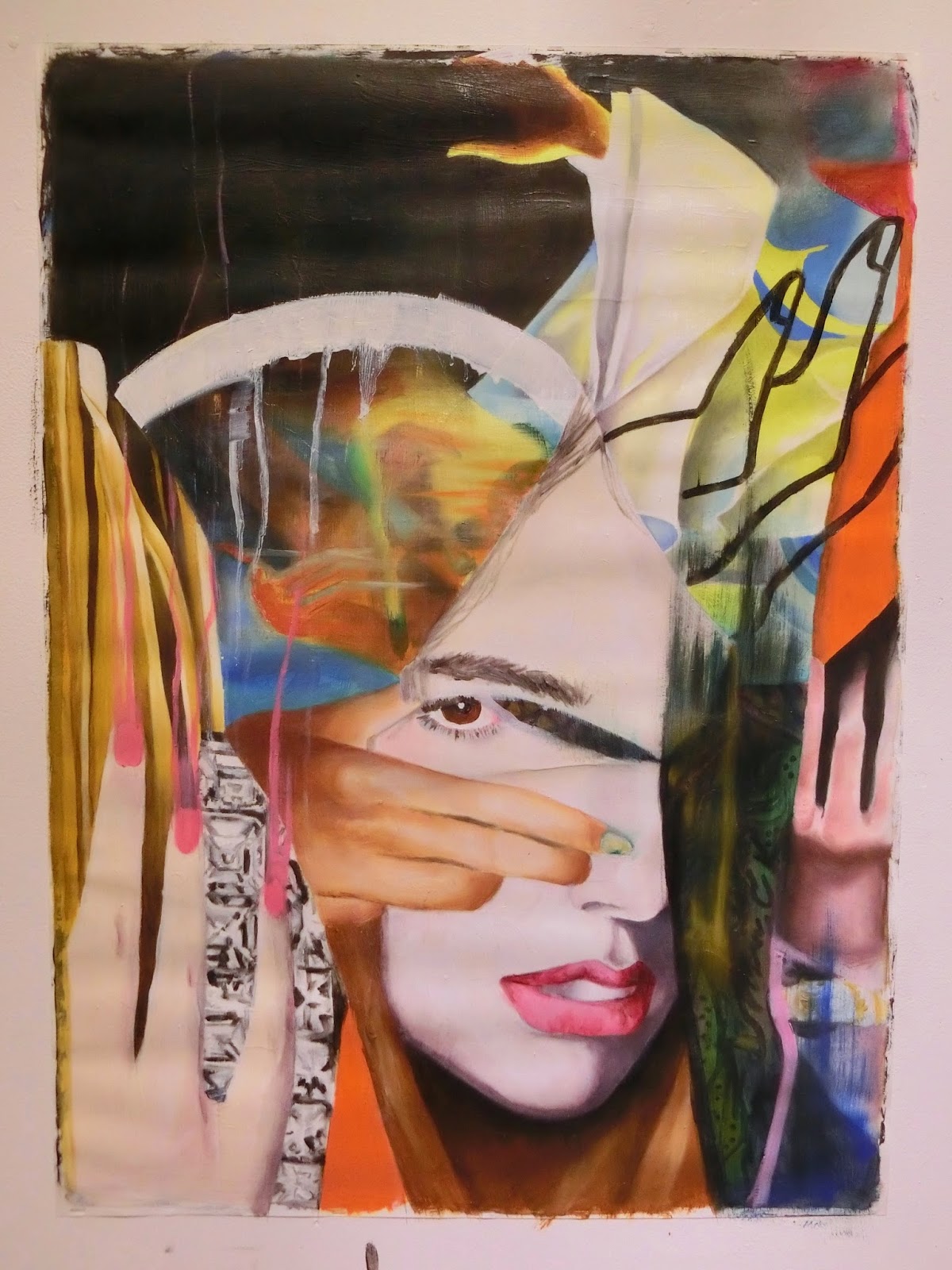 Perhaps I should move here when I’m finished in Foshan! Who knows, a lot can happen in a year.